Ford Explorer ST With 400+ HP Spied For The First Time 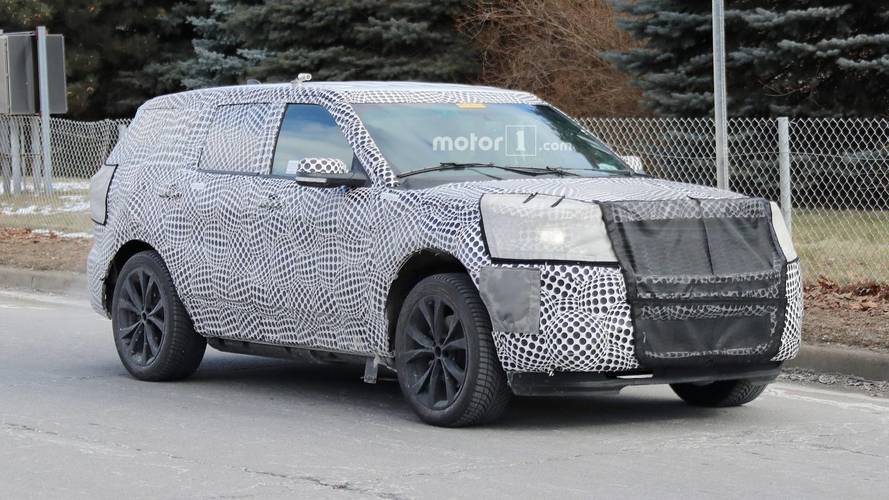 The new Ford Edge ST is the 335-horsepower (250-kilowatt) hot SUV that was truly unexpected. Complete with performance styling cues, both inside and out, and a more powerful engine, it won’t be the only SUV in the lineup to get the treatment. Reports suggest that an Explorer ST is also on the way – and now we have images to prove it.

Though it’s well covered up, this is what appears to be the new Ford Explorer ST. Camouflage covers nearly every inch of the body, and the grille and headlights are under mesh, but there are still some key details that might give away the SUV’s performance credentials. Its more aggressive stance and larger wheels and tires point to performance. The taillights, too, feature an all-new light bar design that gives the Explorer a more unique look.

Scheduled to make its debut sometime in 2020, the sixth-generation Ford Explorer is expected to receive some significant updates throughout the range. A flexible new CD6 platform will be at the heart of it all, with a rear-wheel-drive bias.

Four engines will be available for the sixth-gen SUV. The 2.3-liter four-cylinder currently offered will carry over, and rumor has it that the new 3.3-liter V6 found on the F-150 will too. The most powerful engine, though, will come on the range-topping ST trim.

A powerful 3.0-liter biturbo V6 is the most likely candidate for the high-powered ST model, and will undoubtedly deliver more than the 400 hp (298 kW) and 400 pound-feet (542 Newton-meters) of torque found in the Lincoln Continental with the same engine. It should be a vast improvement over the current 365 hp (272 kW) and 350 lb-ft (474 Nm) of torque found on the Sport model.

Expect to see the new Explorer sometime in 2019, and the ST model later down the line.