Look at those production headlights and taillights.

[UPDATE, March 15] A fresh batch of 10 spy shots has been added at the beginning of the gallery, below.

Geely launched Lynk & Co in 2016 with the 01 crossover concept, which rides on the same Compact Modular Architecture that also underpins the new Volvo XC40. Now the company is planning a product onslaught, which will include a second, sportier SUV, possibly a sports car, and the mysterious sedan pictured here.

Dubbed the 03, the latest Lynk & Co vehicle has been spotted multiple times, wearing various forms of camouflage. The newest set of images show off the four-door’s funky front fascia, which comes with a dual headlight setup and a unique grille, just like the original concept. It’s our best look yet at latest Lynk & Co product. The images also show the taillights completely uncovered, and what appears to be production wheels. 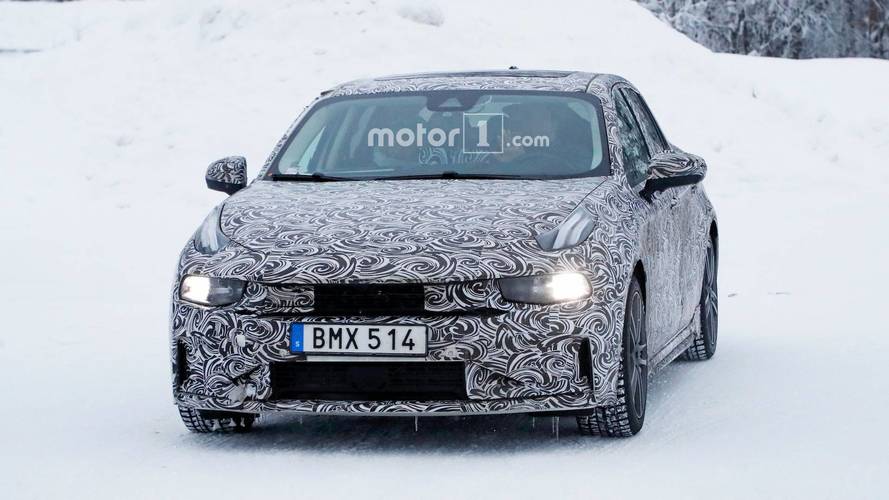 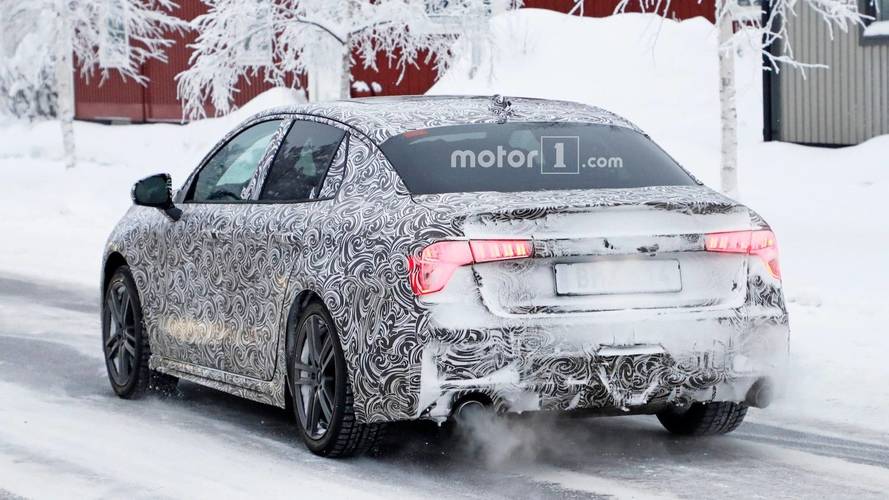 So far we know that the new 03 sedan will ride on the same CMA platform as the upcoming Volvo S40. The two vehicles are also expected to share the same 1.5-liter turbocharged hybrid engine, with the possibility of an EV down the line. A high-tech cabin with a digital instrument cluster and a large infotainment display will also be available, alongside a mix of leather, Alcantara, and metallic trim pieces throughout.

The first Lynk & Co vehicle, the 01 SUV, will go on sale early this year in China. The 01 will be followed by a 02 coupe-inspired SUV – which may have been previewed in recent spy photos – and the 03 sedan pictured here. After the brand's debut in China, Lynk & Co is expected to arrive in the U.S. and Europe sometime in 2019.

The comapny will build its vehicles at a dedicated factory in Luqiao, China, with Volvo production engineers reportedly contributing a wealth of knowledge on the assembly line. Each car will come with complimentary wireless data globally and a lifetime warranty.