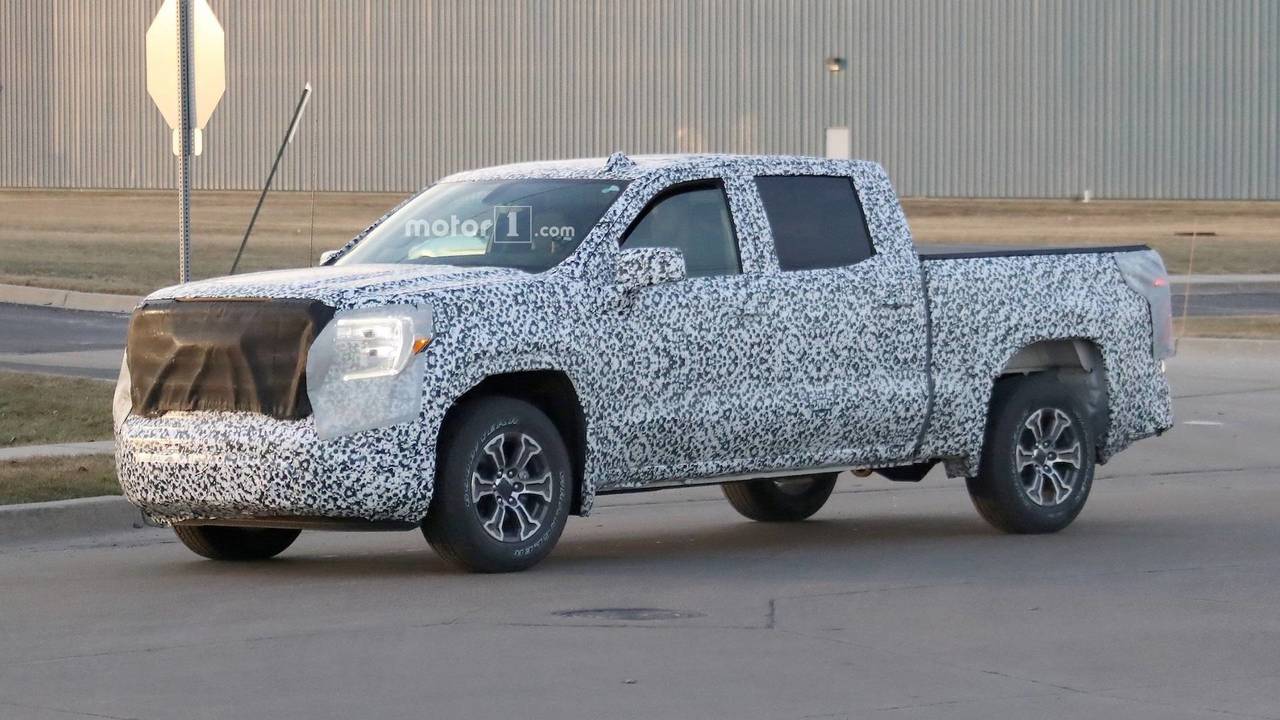 The new Sierra will be bigger, bolder, and most importantly, lighter.

As Chevrolet prepares to put on sale its new Silverado pickup in the next few months, testing continues for the new GMC Sierra, which will share the same platform and many of the same components. Scheduled for a debut on March 1, and an expected display at the New York Auto Show shortly thereafter, new photos show even more of the all-new pickup prior to its debut.

Admittedly, the new spy photos aren’t any more telling than the previous set. The same black-and-white camouflage covers the entirety of the body, and the grille and headlights remain covered up by mesh. The only distinguishable features are the wheels, which show two different sets – a larger 12-spoke unit, and a slightly smaller 6-spoke unit. We expect the luxed-up Sierra Denali to get the larger wheels, of course.

Even without knowing what it will look like, we know that the new Sierra will shed as much as 450 pounds (204 kilograms) over the outgoing model. Like the Silverado, the Sierra’s dramatic diet will be thanks in part to the use of lightweight aluminum and steel throughout the body panels.

For the Silverado, Chevy will offer a total of six different engines. A brand-new 3.0-liter inline-six turbodiesel will join the range, alongside 5.3- and 6.2-liter V8s. The two gas engines will pair with a new 10-speed automatic, and thanks to what Chevy calls an "industry-first Dynamic Fuel Management" system, the pickups will be far more efficient.

Both the next-gen GMC Sierra and the Chevy Silverado will be built at GM’s Fort Wayne, Indian Assembly plant. Production is expect to kickoff sometime this fall, with customer deliveries starting shortly thereafter.