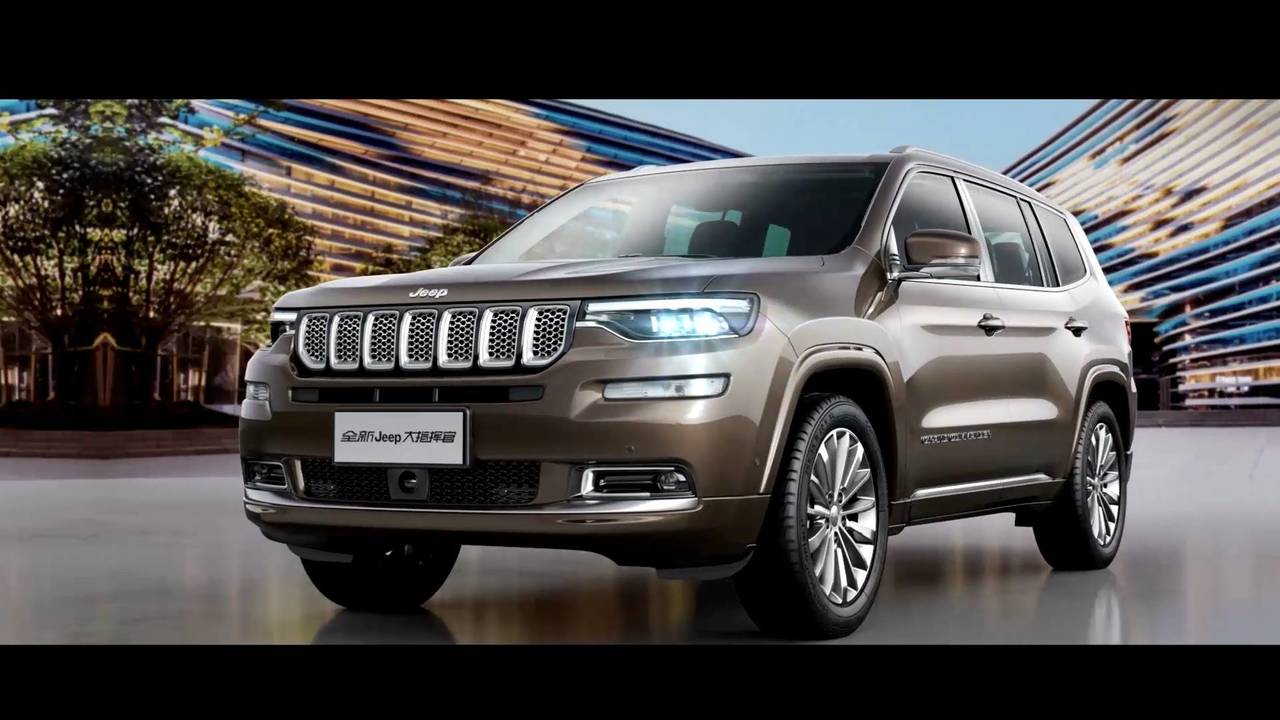 These Jeeps will allegedly be front-wheel drive and will use multiple tunes of a 2.0-liter turbo four-cylinder.

Both the Grand and standard Commander will allegedly be front-wheel drive and will offer all-wheel drive as an option. The pair will also reportedly share a 2.0-liter turbocharged four-cylinder, and the engine will produce 231 horsepower (172 kilowatts) on the front-drive variants or 262 hp (195 kW) for the AWD version. A nine-speed automatic will probably be the only available gearbox.

The Commander twins will be exclusive to China, but North America will soon have a bigger Jeep, too. The brand will develop the Wagoneer and Grand Wagoneer (spy photos above) for a rumored debut in 2020. They will have different wheelbase lengths, with the Grand model being the larger member of the pair. An extensive use of aluminum will keep weight down. Spy shots indicate that the models have similar styling as the current Grand Cherokee, but they adapt the look to a larger body. The skinny headlights from the Jeep Yuntu concept are also present. Unlike the Commanders in China, the Wagoneer twins would reportedly ride on a rear-drive-focused platform with the company's "Trail-rated" all-wheel-drive system.

The Wagoneer will reportedly take Jeep to an entirely new level of pricing. Reports suggest that a fully loaded Grand Wagoneer could cost as much as $140,000 and come with Land-Rover-rivaling amenities.