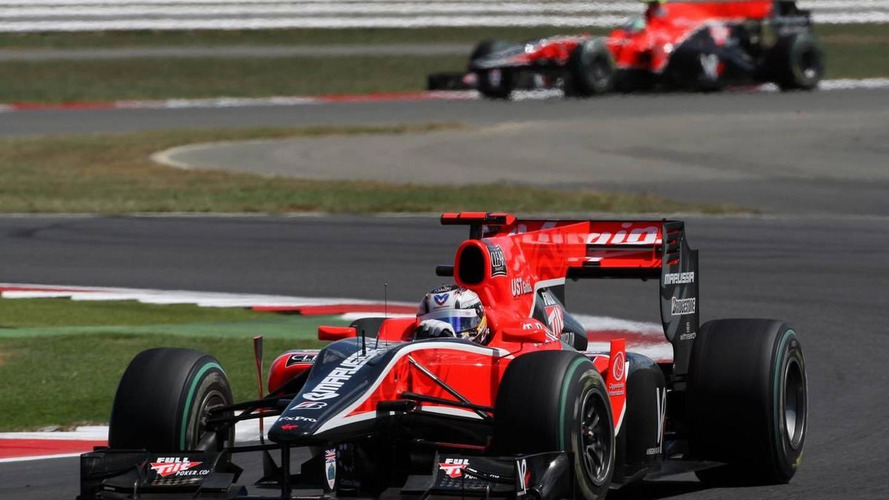 Half of F1's competing teams are opposed to proposals to relax the current ban on in-season testing.

Half of F1's competing teams are opposed to proposals to relax the current ban on in-season testing.

Germany's Auto Motor und Sport reports that while the opposition of low-budget newcomers Lotus, Virgin and HRT was expected, also Force India, Sauber and Williams want the current restrictions to remain in place.

"We would have to re-establish a separate test team," said Peter Sauber, "which is an unnecessary expense."

And Force India's Otmar Szafnauer confirmed: "We are opposed to changing the current test rules."

He said the F-duct and the blown diffuser are examples of the test restrictions equalising the race for development in today's formula one.

"Formerly the test teams would have run frantically and within two races been on the same level as the teams that invented the technology.

"Now, the season is half gone and Ferrari and Red Bull are still not as good as McLaren with the F-duct.

"But our system works at least as well as the others. This was possible only because there is virtually no opportunity for testing. It's about the quality of the engineers," added Szafnauer, Force India's chief operating officer.

He denied the big teams' claims that the ban has simply shifted resources from the test track to expensive simulation technology.

"They (simulators) are tools that you either have or you can survive without. Everyone has a wind tunnel, CFD and chassis test benches."

And Szafnauer also rejects the big teams' argument that more testing is needed for the development of young drivers.

"Whoever wants to test young drivers can do the same as Force India," he said, referring to the use of Scottish rookie Paul di Resta in some Friday practice sessions.

"Red Bull, Ferrari and McLaren could also sacrifice Friday practice as we do, if it is so important to them to give opportunities to young drivers," added Szafnauer.

Mercedes' Ross Brawn said he is not in favour of a return to the days of endless testing.

"We have to find a good balance," said the Briton. "For example, we should not go back to having extra teams for testing."