The compact crossover is expected to offer seating for seven.

We’ve seen the new compact SUV from Mercedes-Benz a few times now, and that goofy front end is something of a qunadry. The squared-off nose and flat hood is almost certainly part of the crossover’s camouflage – if not, then this prototype has serious panel gap issues. The question is whether or not it’s hiding a similarly chunky shape underneath, or smoother lines similar to the smaller GLA-Class? This spy video gives us a pretty good look at the front, and there could be some design cues at work borrowed from the new G-Class, which is decidedly boxy. 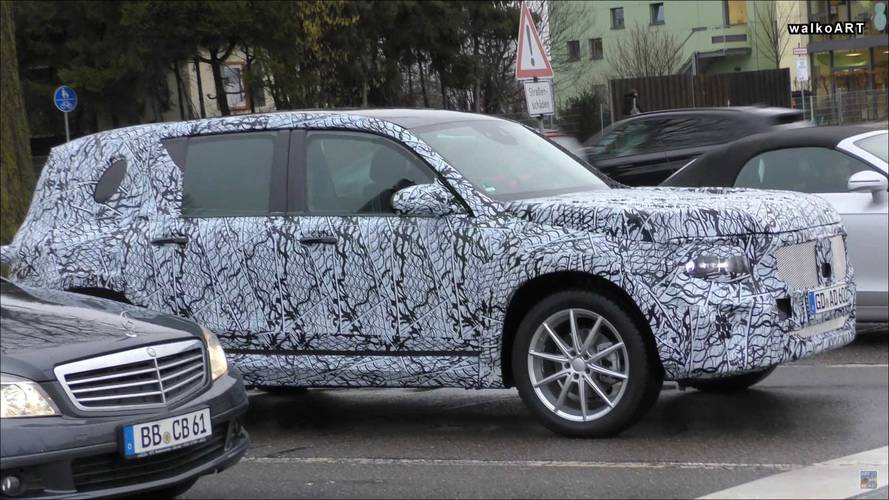 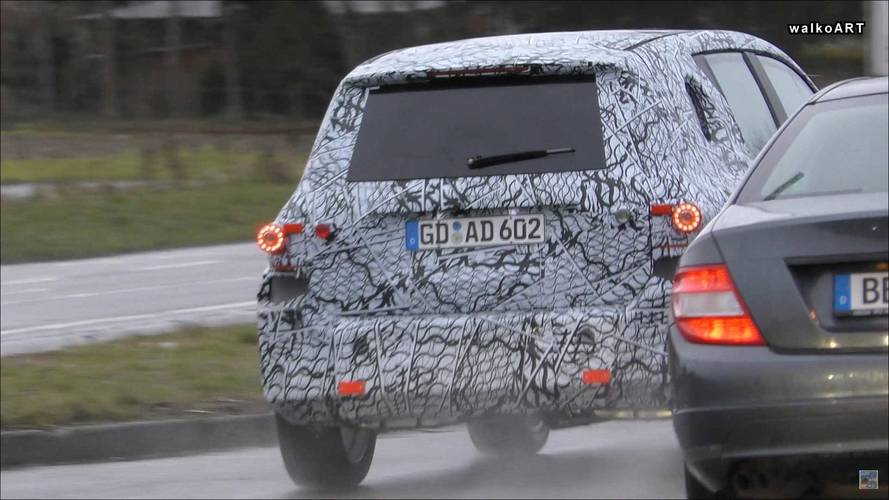 We do know that, despite being classified in the compact realm, Mercedes is aiming the GLB-Class at families. It utilizes the MFA2 platform that is shared with the A-Class and B-Class, and based on the prototypes we’ve seen thus far, it could measure in at roughly 15 feet in length. That’s not necessarily compact, but it would allow room for a third row of seats, something not typically seen in smaller SUVs.

It’s also expected to offer all-wheel drive right from the get-go, another option not always seen among smaller crossovers. Then again, the GLB-Class with its wonky look seems to be trending against traditional competitors in this segment anyway. That could play out further on the inside, where we expect the family-oriented GLB to be packed with the latest technology – from multiple touchscreen displays to safety systems and possibly autonomous driving modes.

At this point we don’t know what kind of engines will be available, but the range of four-cylinder options on the current A-Class and B-Class vehicles are likely part of the mix. It’s unknown if a hybrid variant will be offered, but with such electrification becoming commonplace, a plug-in model wouldn’t be a surprise further down the road.