2019 Kia Forte Could Get A 'More Exciting' Version 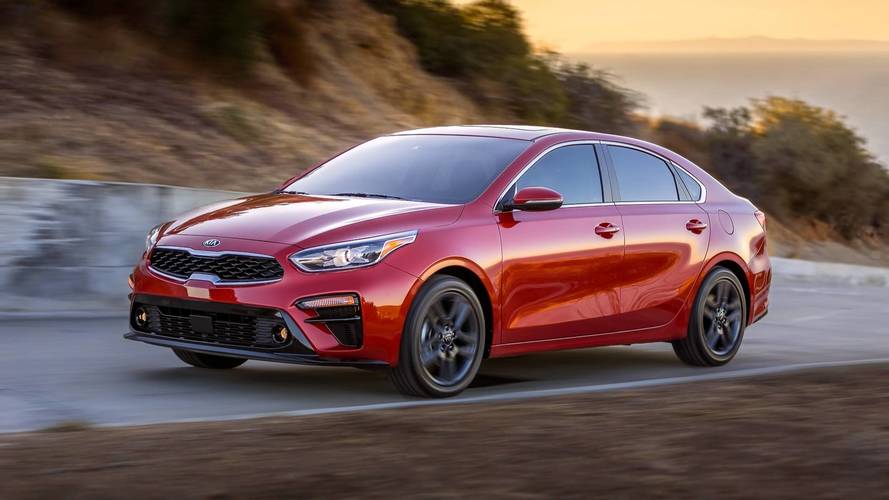 Could Kia be prepping a sportier Forte?

While buyers in the Europe and the U.K. can pick up a Kia Pro_Cee’d GT with as much as 200 horsepower (149 kilowatts), here in the U.S. there’s no performance version of the Forte to speak of. The closest thing American buyers get to a hot entry-level Kia is the Soul Turbo, or the Hyundai Elantra Sport.

But if we’re to believe new reports, Kia could finally bring the performance cues found on the Pro_Cee’d to the Forte in the U.S. At least we hope. In an interview with MotorTrend at this year’s Detroit Auto Show, Product Manager for the Kia Forte, Derrick Ty, said that a "more exciting" version of the Forte could happen. What exactly that more exciting model could be remains to be seen.

The news comes shortly after Kia’s showing of the all-new Forte made its debut in Detroit, and just a few months after the debut of the handsome Proceed concept in Geneva in 2017. It remains unclear exactly what Ty meant by "more exciting," but given that the Forte shares the same J5 platform with the Elantra, i30, and Cee’d – each of which have their own performance variants – it wouldn’t be out of the realm of possibility for the Forte to see the same treatment.

For now, we’ll have to make do with the standard Forte. The new sedan was shown for the fist time in Detroit, and alongside edgy new styling cues, the 2.0-liter engine delivers 147 horsepower (109 kilowatts) and 132 pound-feet (178 Newton-meters) of torque. Paired with the CVT transmission, Kia estimates that it could be good for as much as 35 miles per gallon combined.