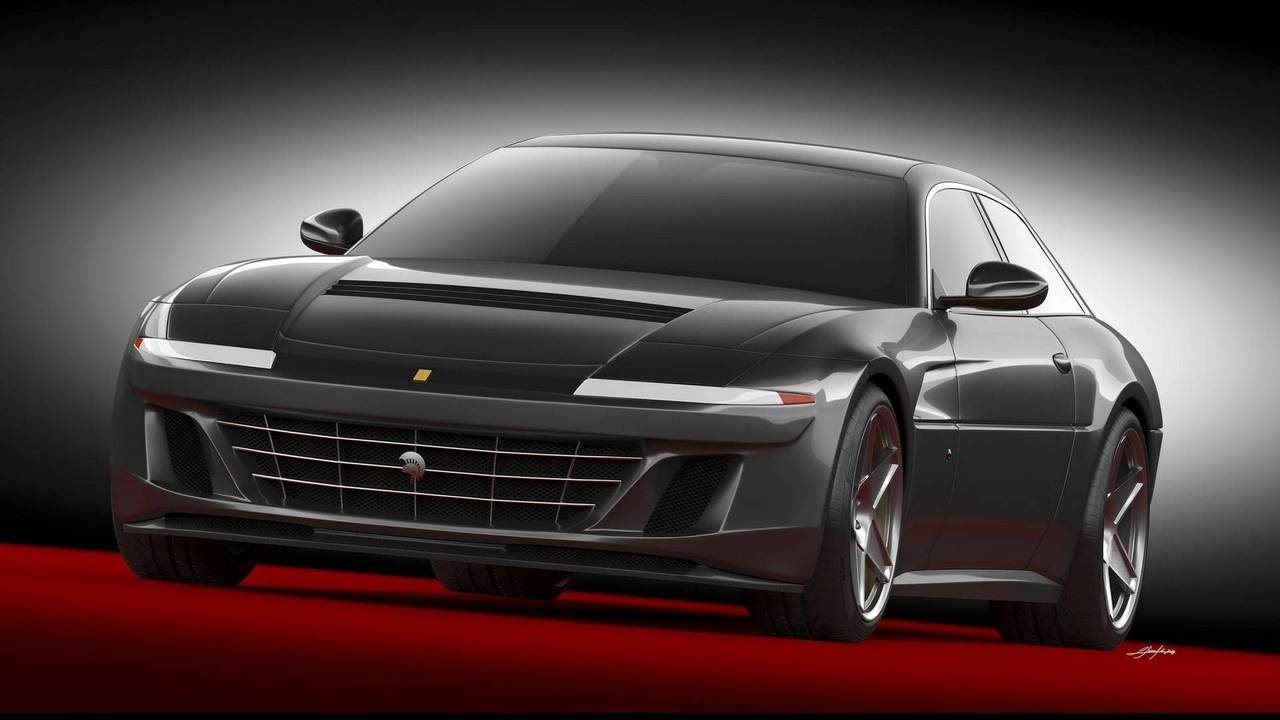 The coachbuilding project will draw inspiration from classic Ferrari models such as the 365 GT4 2+2, 400, and the 412.

Hot on the heels of yesterday’s public unveiling of the Pantera reboot, Ares Design has announced plans to give another modern supercar a retro look. While the revival of De Tomaso’s legendary model is based on the Lamborghini Huracan, the new Project Pony will utilize the underpinnings of the Ferrari GTC4Lusso and will feature new bodywork reminiscent of Maranello’s models from yesteryear.

The source of inspiration for Ares Design’s second project planned for 2018 will be a trio of boxy grand tourers offered by Ferrari between 1972 and 1989. The models in question are the 365 GT4 2+2, 400, and the subsequent 412, which will all be brought back to life in the Project Pony teased here in an official sketch showing off the all-carbon fiber coach-built body.

Like the donor car, the new Project Pony will be powered by a naturally aspirated V12 6.3-liter engine with 690 horsepower (507 kilowatts) and 697 Newton-meters (514 pound-feet) of torque. As a side note, Ferrari also has a lesser GTC4Lusso T model, with a biturbo 3.9-liter V8 and rear-wheel drive instead of AWD.

To give you a bit of background about Ares Design, former Lotus chief Dany Bahar is the company’s founder and CEO. The aforementioned Project Panther was showcased this week at the new headquarters in Modena, Italy and besides these two cars, Ares Design has also modified the previous-generation Mercedes G-Class (pictured above) and has coupe-ified the Bentley Mulsanne. A quick look at the company’s website shows several other projects, such as a Chevy Corvette Stingray, a Land Rover Defender, a Porsche 911 GT3 Targa, as well as a Tesla Model S reimagined as a soft-top convertible and as a wagon - all of which are pictured below.