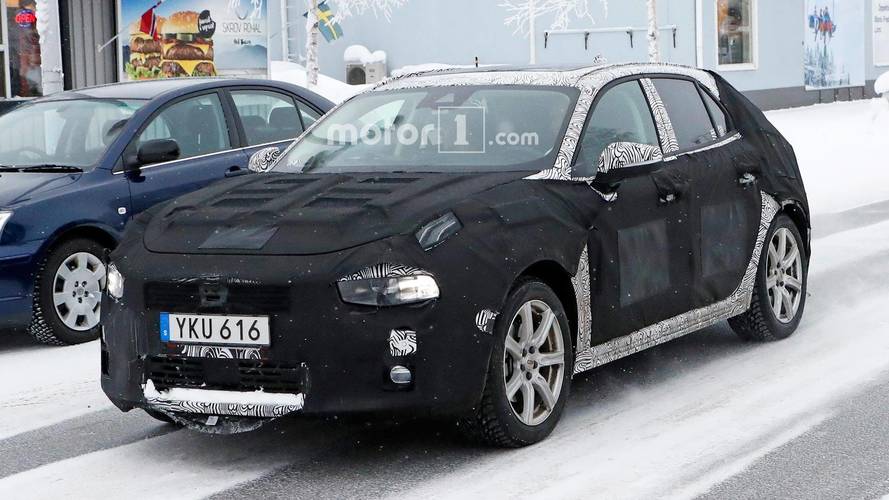 It would join the company's upcoming lineup of a crossover and sedans.

Geely's Lynk & Co specializes in creating premium vehicles, and these spy shots reveal that the company has yet another model in development. This mysterious hatchback wears all of the firm's design sensibilities but fits them onto a five-door hatchback.

This test mule wears lots of camouflage, but several Lynk & Co design cues are still visible. Like the 01 and 03, there is a pair of two-tier grilles up front. While the concealment hides things here, expect them to span the entire width of the vehicle. Similarly, the company also splits up the headlights by positioning them in line with the grille and another set rising up the fenders. At the rear, this model features a steeply raked rear hatchback and large taillights. The cladding hides the rest of the details.

Other Lynk & Co models make liberal use of Volvo-developed components, including the company's Compact Modular Architecture. There's no reason to expect that this hatchback would be different. If it's like the previously revealed 01, then the hatchback would be available with a variety of turbocharged three- and four-cylinder engines, plus a plug-in hybrid variant.

Lynk & Co's range will include the 01 crossover, the 02 coupe-inspired SUV, 03 sedan (gallery above), and apparently this hatchback. Discussion in the Motor1.com office speculated the test mule in these spy shots could be the 02 but with a lower ride height than previously expected.

All of Lynk & Co's vehicles will come with complementary wireless data globally and a lifetime warranty. The company will build its models at a dedicated factory in Luqiao, China. Volvo's production engineers will contribute their knowledge to the assembly. Later, the brand will launch in Europe and North America, too.