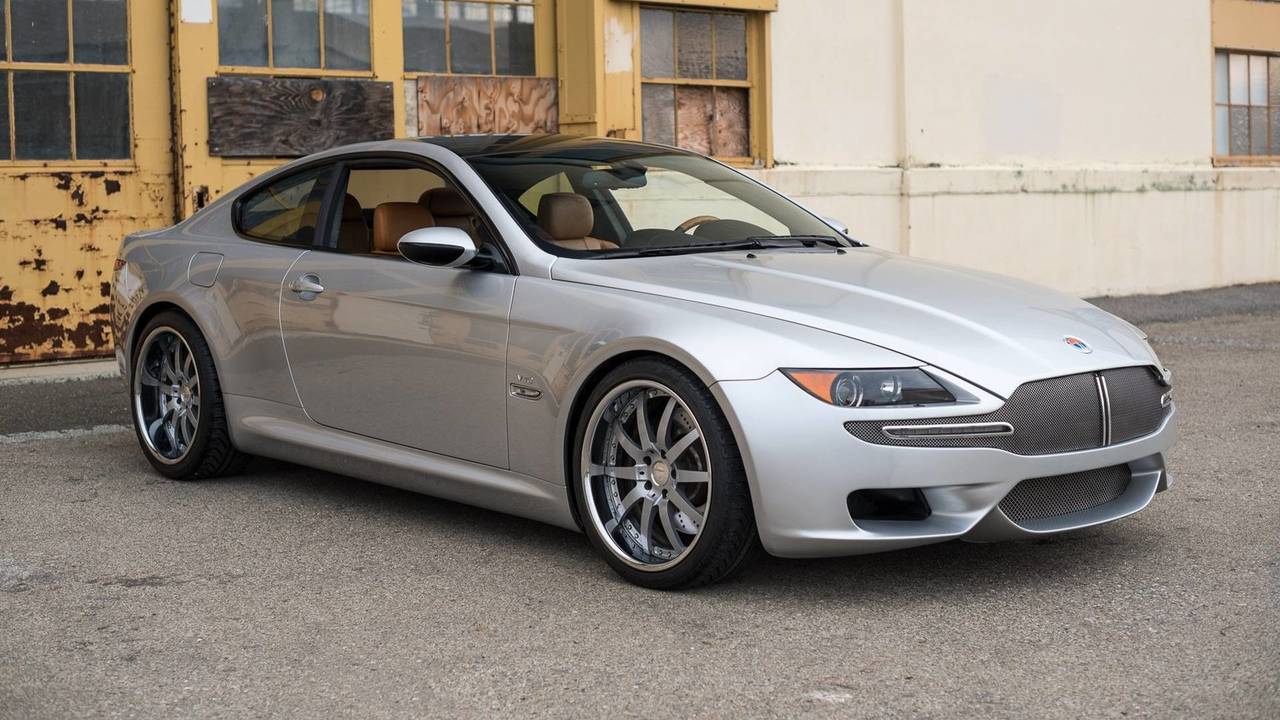 And it's for sale.

Most of us are familiar with the work of Henrik Fisker. Former Aston Martin designer turned entrepreneur, he famously penned designs for the Aston Martin DB9, the BMW Z8, the Fisker Karma (now Karma Revero), and most recently, the Fisker EMotion. But here’s a Fisker-designed vehicle you probably didn't even know existed.

This is the 2006 Fisker Latigo. It’s the very first and last production example ever built, and it’s up for sale on the website Bring a Trailer. Brand new the Latigo would set you back somewhere around $216,000, but bidding currently has it at a more reasonable $37,500.

Initially production of the Latigo was slated for 150 units, but following development of the prototype and the very first model (listed here), the project was killed off. The coachbuilt Fisker rides on the bones of a 2006 BMW M6, and features a rebuilt 5.0-liter V10 tuned by RD Sport to produce 665 horsepower (495 kilowatts). All that power is paired to a seven-speed sequential manual transmission.

The car has driven just 3,700 miles (5,954 kilometers) since new, and comes with all of its original records, a clean Carfax report, and a clean California title in the seller’s name. The body is hand-constructed of lightweight aluminum and carbon fiber, and this particular example is finished in a handsome Titanium Silver Metallic.

In the cabin, the seats, door panels, and portions of the steering wheel have been re-finished in a caramel-colored leather with Fisker logos throughout. The steering wheel itself was sourced from a Mercedes-Benz E63, interestingly enough. Black Alcantara headliner and black carpets offset the light leather.

Just five days are left on the auction, but current bidding has it at less than $40,000.