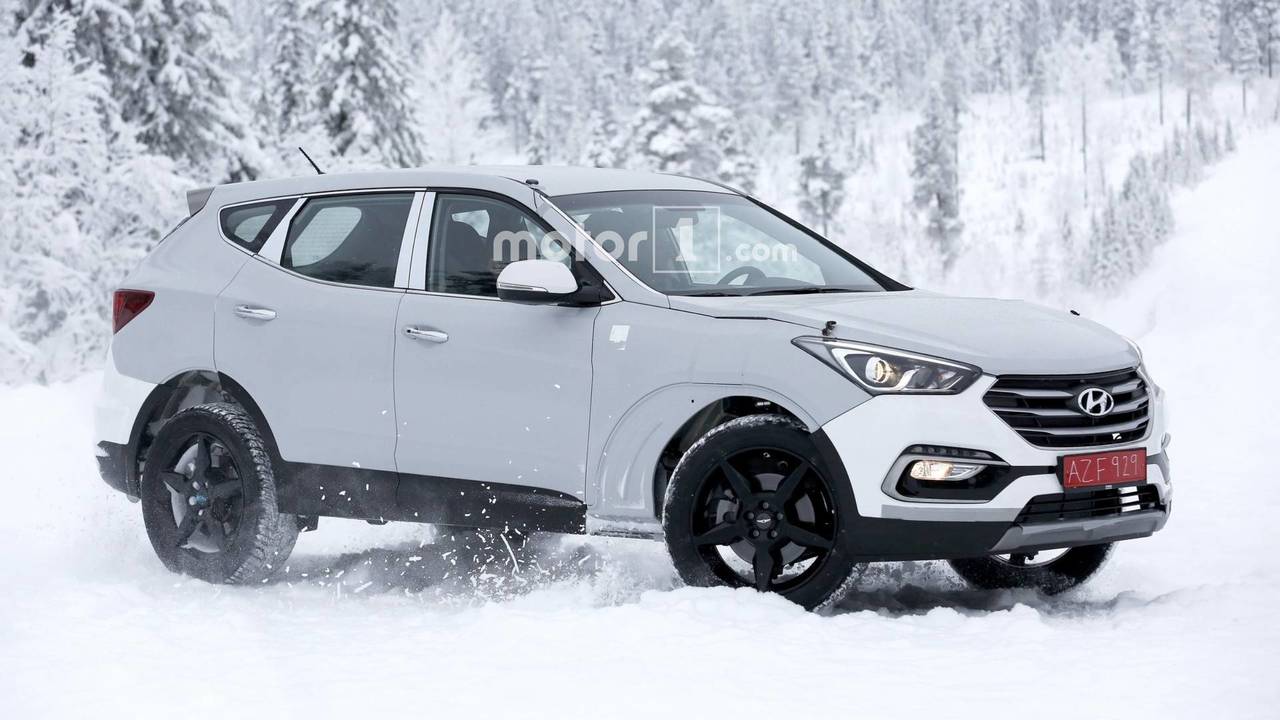 Genesis’ current lineup includes three sedan models – the G70, G80, and G90, positioned in three different segments, but that’s definitely not enough to make the new premium brand successful. Hyundai knows that pretty well and has approved the production of two SUVs with a third one probably also arriving early next decade.

Attached in the gallery here are the first spy photos of a future large SUV from the South Korean luxury brand. We can’t confirm whether this is the upcoming GV80 fullsize SUV or the GV70 midsize SUV, but we are leaning towards the former. Don’t let the Hyundai body fool you, this is a Genesis SUV mule with significantly longer wheelbase than the Santa Fe.

Photographed somewhere in snowy Sweden, the vehicle is probably powered by a 3.5-liter V6 engine, sending power to all four wheels through an eight-speed automatic gearbox, judging by the label on a small note on the rear left side window. Apparently, the SUV also features vehicle stability management (VSM) and hill assist control (HAC), but this shouldn’t come as a surprise given its premium ambitions.

If you ignore the Hyundai badge and the familiar face and rear end, the side profile of the prototype resembles the GV80 concept, which hinted about the company’s future intentions during the New York Auto Show last year. The extra-large engine compartment here suggests the production vehicle might also get the G90’s V8 GDI gas engine.

From what we know, the first to arrive on the market from the family of future Genesis SUVs will be the GV70 and GV80, followed by the smaller GV60 not before 2021. The luxury marque already registered the three names with the United States Patent and Trademark Office.

Meanwhile, Genesis will also launch a "pretty high performance" RWD sports coupe with a two-seat layout and, probably, a hybrid system. It will be developed in cooperation with Hyundai’s N division and will become the brand’s first-ever coupe model.