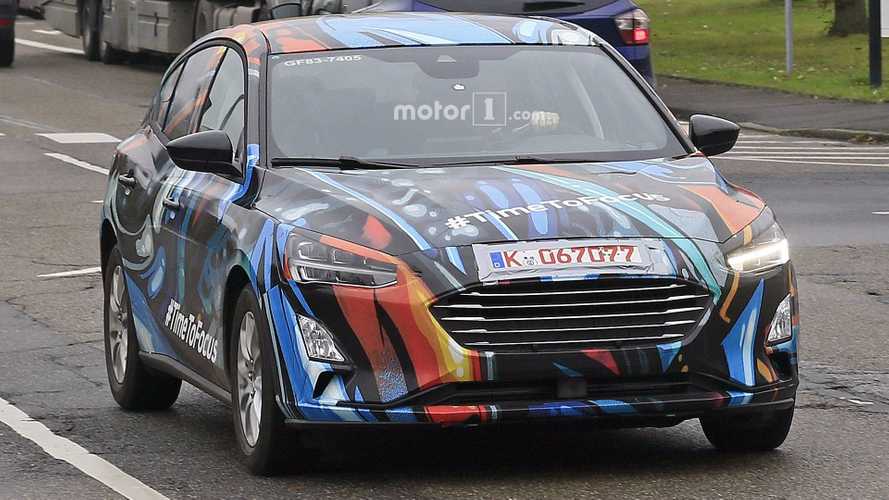 Vignale, ST Line, and wagon versions are all coming this year.

If you had high hopes on seeing the all-new Ford Focus at the 88th Geneva Motor Show in early March, prepare to be disappointed. A spokesman working for the Blue Oval has told Automotive News Europe the next-generation compact hatchback will be a no-show at the major event in Switzerland. Instead, the revamped Focus is going to be revealed at a standalone Ford event in April.

It will be shown as a five-door hatchback, with the more practical wagon slated to arrive later in the year. AN doesn't say when the sedan will premiere, but it will probably follow shortly. In fact, we won't be too surprised if it will debut alongside the hatch. Also in 2018, the posh Focus Vignale will receive its debut, along with the sporty-looking ST Line. Further down the line, the crossover-inspired Active model is going to be launched, as well as the ST hot hatch. It’s too soon to say when the range-topping RS will debut, but it’s probably at least 2-3 years away.

Numerous spy images and official preview photos provided by Ford have revealed the Focus IV will grow in size and it’s going to adopt a sharper exterior. Inside, the cabin will also go through important changes and is expected to grab a thing or two from the latest Euro-spec Fiesta supermini. While the European version will remain in production at Ford’s factory in Saarlouis, Germany, assembly of the U.S. model at the Michigan plant will come to an end mid-2018, with the next-gen car to be imported from China starting mid-2019.

The fact that the new Focus won’t be in Geneva doesn’t mean Ford won’t have anything new to show at the event. Its entry-level Ka+ will receive a facelift and it’s going to be joined on stage by a refreshed Edge, which might spawn a seven-seat derivative to cater bigger families.

As a reminder, several automakers have announced plans to skip the forthcoming Geneva Motor Show. These include three members of the PSA Group: Opel, Vauxhall, and DS.