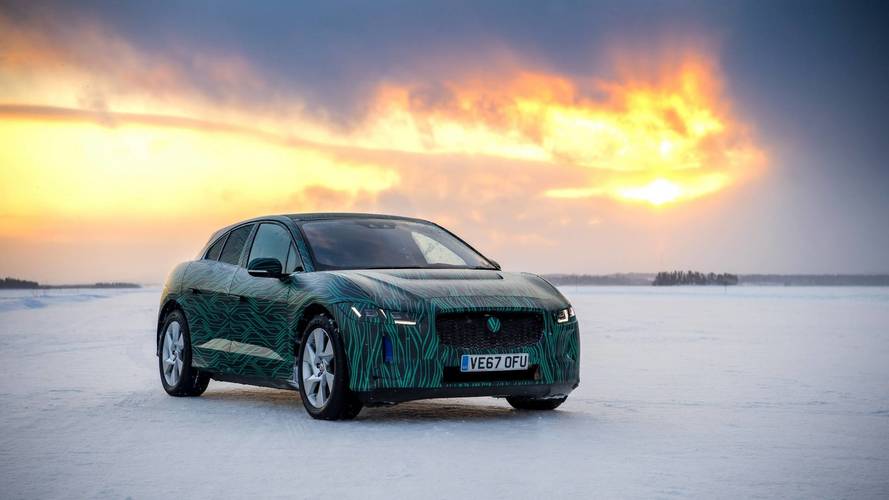 80% battery recharge will be done in less than 45 minutes.

Unveiled as a concept late 2016 during the Los Angeles Auto Show, the Jaguar I-Pace is inching closer to its world debut as a production model. Set to be unveiled on the World Wide Web on March 1, the fully electric crossover will be publicly exhibited at the Geneva Motor Show beginning with March 6. Ahead of the I-Pace’s long-awaited premiere, the Tata Motors-owned marque has decided to drop new details to ease the wait and get more people excited about the first Jag to come without a combustion engine.

By far the most interesting tidbit is about the crossover’s fast-charging capabilities as recharging the battery to an 80-percent level will take less than 45 minutes by using a DC 100kW charger. Details about the battery pack have not been provided, but with Jaguar promising the road-going I-Pace will largely carry over the concept’s specifications, we’re expecting a big 90-kWh pack.

Near-production prototypes of the zero-emissions crossover had to undergo rigorous cold weather testing near Jaguar Land Rover’s facility located in Arjeplog, Sweden. The vehicles were evaluated at temperatures as low as -40 degrees Celsius (-40 degrees Fahrenheit) and special attention was given to the capabilities of the all-wheel-drive system.

Jaguar is still being coy on details concerning what will power the I-Pace, but most likely it’s going to feature two electric motors delivering somewhere in the region of 400 horsepower and 516 pound-feet (700 Newton-meters) like in the concept.

Engineered not only for public roads, the Jaguar I-Pace will also morph into a race car towards the end of this year in a Formula E support series. Called the “I-Pace eTrophy,” the competition will consist of 10 events for its inaugural season and each race is going to last for half an hour, with 20 drivers on the circuit.

As a final note, Jaguar says pricing details for the I-Pace will be disclosed on March 1 when the it will open the order books for early adopters.

Jaguar’s all-electric I-PACE will promise both rapid charging and rapid performance when it goes on sale on 1 March. Capable of charging in less than 45 minutes* and with sports car performance and SUV practicality, the I-PACE will be the perfect every day car – whether on the school run, daily commute or even coping with sub-zero temperatures.

Rigorously tested across extremes of terrain and temperature, the I-PACE has tamed the Arctic at Jaguar Land Rover’s cold weather test facility in Arjeplog, Sweden, at temperatures as low as -40°C.

"Not only will the I-PACE charge quickly enough for our customers to carry out their everyday lives, it will offer powerful and precise performance in a variety of conditions and climactic extremes. Allied with the versatile credentials of our celebrated PACE family, this will be an electric performance SUV like no other."

The Jaguar I-PACE will be revealed in a live global broadcast on 19:00 CET on 1 March 2018, and will go on to make its public premiere at the Geneva Motor Show on 6 March 2018. To find out more about the all-electric performance SUV ahead of its reveal, or to be one of the first to own one, click the ‘I want one’ button at: www.jaguar.com