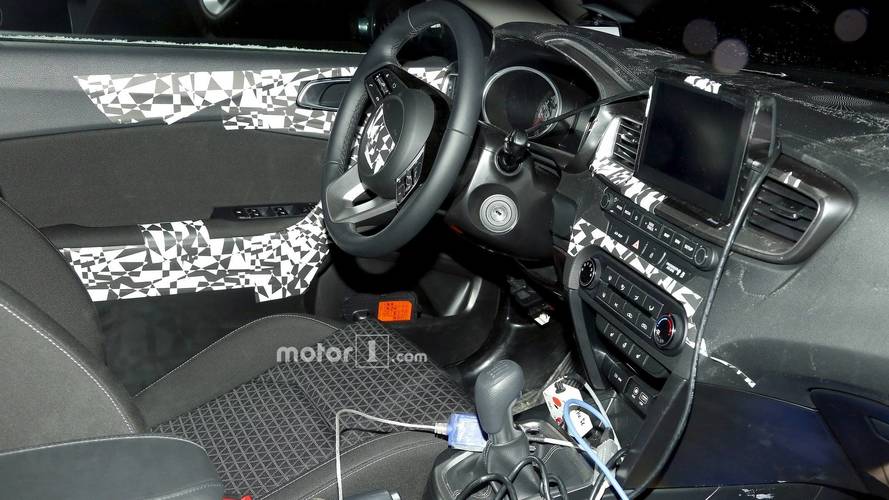 [UPDATE] 13 new images have been added at the beginning of the gallery attached below.

Launched late 2006, the original cee apostrophe d spearheaded Kia’s European push and went on massively improve the brand’s image. It was sold as a five-door hatchback, a more practical wagon, and as the sportier-looking pro cee’d coupe. The second generation introduced in 2012 brought a totally new design and a pseudo performance version in the form of the “GT” available as a hatch and coupe with a little over 200 horsepower on tap. Now, the wraps are about to come off the third-gen model, which once again will boast a totally new design.

Spotted wearing less camouflage than ever before, the revamped cee’d was caught undergoing final testing and exhibiting obvious Stinger and Forte influences, especially when viewed from the front. The back of the car is sending out a Stonic vibe because of the swanky LED taillights, which are going to be visibly wider on the new compact hatchback.

Overall, this appears to be a fancier version of the new cee’d and it might just be the upper-spec GT Line trim, sans the dual exhaust tips. It may not look larger than the model it’s about to replace, but even so we’re expecting a more spacious interior as a result of improved packaging. The cabin will likely go through massive changes compared to the outgoing model and will be brought in line with recent cars carrying Kia’s “tiger nose” grille.

You won’t need a crystal ball to find out what sort of engines and gearboxes will be offered as the sister model Hyundai i30 paints an accurate picture of what to expect from the Kia equivalent. In other words, there should be a trio of turbocharged gasoline engines (three-cylinder 1.0-liter, four-cylinder 1.4- and 1.6-liter), along with multiple versions of the 1.6-liter CRDi running on Devil’s fuel. Depending on engine, a six-speed manual or a seven-speed dual-clutch will channel power exclusively to the front wheels.

Since we mentioned the available body styles in the beginning, it’s worth noting the new cee’d will likely lose the slow-selling three-door pro cee’d guise in favor of a shooting brake specification. If the Proceed concept from last year’s Frankfurt Motor Show is any indication, it should be a stunner. As for hotter derivatives, it remains to be seen whether the new cee’d will drop the warm GT variant for a true hot hatch flavor like the Hyundai i30 N available with up to 275 hp.

Meanwhile, the regular five-door hatch will premiere early March at the 2018 Geneva Motor Show, with the wagon likely to follow this fall. The shooting brake is probably due next year and there rumors of a cee'd-based crossover.