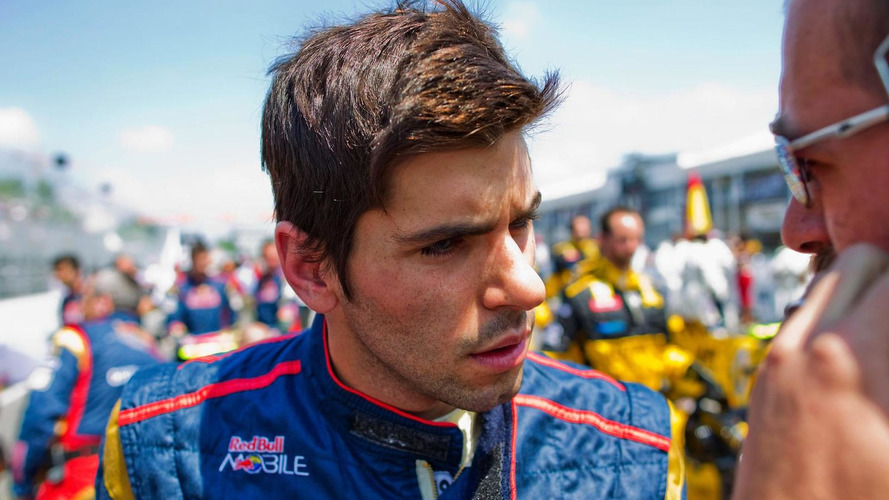 Jaime Alguersuari has cautiously welcomed news that he will be staying with Toro Rosso in 2011.

Last week, team boss Franz Tost said the Spanish 20-year-old as well as current teammate Sebastien Buemi are "both confirmed" for next season.

Swiss 21-year-old Buemi initially reacted by denying he has signed a new contract, before clarifying that he will indeed be staying with the Faenza based team in 2011.

Now, in an interview with AS newspaper, Alguersuari said: "I'm happy with the extension and the fact that Tost trusts me for 2011, but next season is still far away.

"It is not going to influence at all what I do on the track because I am very focused on the present.

"In F1, things change very quickly, so that the situation now can be different in a few months.

"I just want to have a better second half of the year and return to the points," he added.

Alguersuari was asked by the Spanish newspaper if, like Buemi, he is "sceptical" about Tost's confirmation about the 2011 lineup.

"He (Buemi) believes more or less what I do. At this point you can never know for certain what will happen to you for next season.

"I could go to another team, or stay with Toro Rosso, where I am very happy to continue, but you never know.

"We are sceptical until the end of the season and can't really say anything else," he said.

Alguersuari scored points on two separate occasions in the first five races of 2010, but since Barcelona his highest finish has been eleventh.

"At the beginning of the year I could score and do some overtaking. But we've had some races without improvement, and while Williams were behind us now they seem unattainable.

"In the last two races my teammate did very well and I had some problems."

Hockenheim will mark almost exactly a year since Alguersuari debuted mid-season in 2009.

"What I have liked most is my progression in the race, but the worst thing has been my qualifying.

"I see myself getting better now with my strengths and also my weaknesses. But I know that it is still not possible to be at 100 per cent; I still have much to learn," he added.