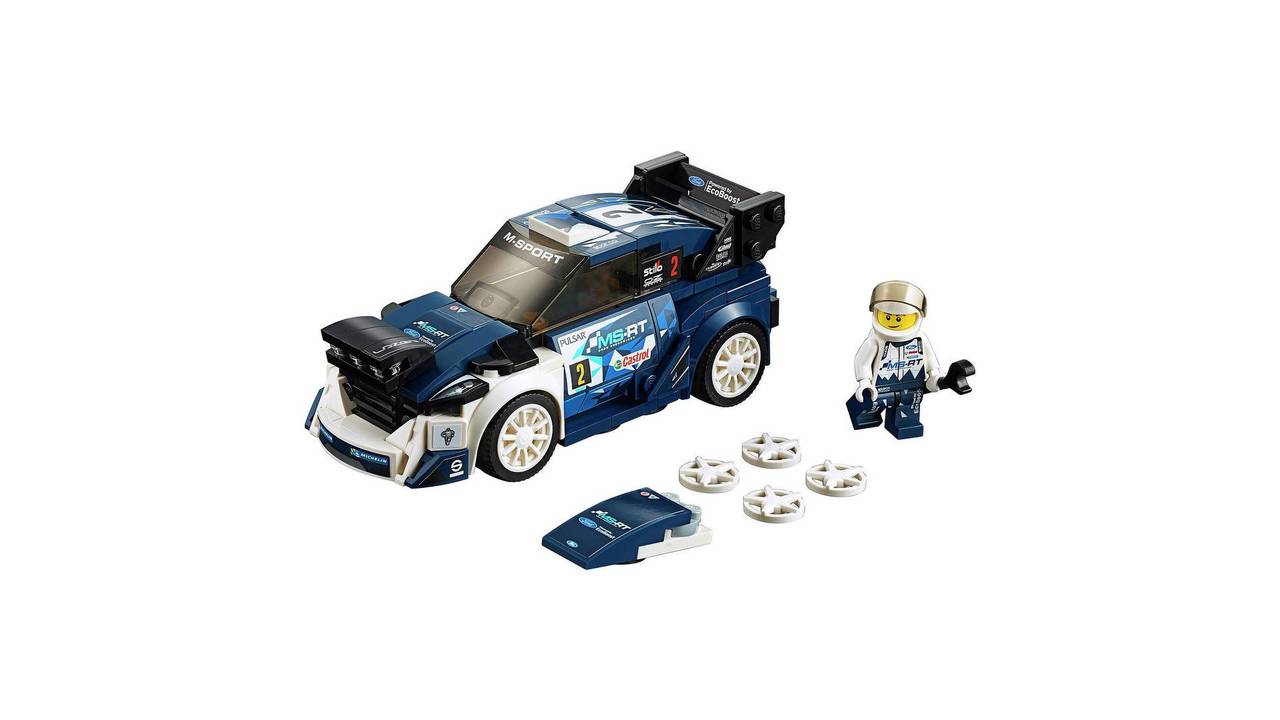 You can also get a classic Ford Mustang Fastback, a Ferrari 488 GT3 racer, and a few others.

Love Lego? Than you might need to free up some time in the next few months. Alongside the arrival of the upcoming Bugatti Technic Chiron, the company has released first images for its new 2018 Lego Speed Champions set… and we want them all. The successful series, which has been on the market since 2015, adds six new kits to the mix for 2018. Unique offerings like a 1968 Ford Mustang Fastback, a Fiesta M-Sport WRC, and a few others, will be available beginning on March 1.

The six new sets will feature nine cars total, including the aforementioned '68 Ford Mustang Fastback and the Fiesta M-Sport WRC, as well as a new Ferrari 488 GT3 "Ferrari Corsa," a Porsche 919 Hybrid, a Porsche 911 RSR, a classic Porsche 911 Turbo 3.0, and a trio of Ferrari race cars past and present as part of the Ferrari Ultimate Garage set, the 488 GTE, the 312 T4, and the iconic 250 GTO.

Like previous Speed Champions sets, the new kits will come with a custom minifigure, as well as a few unique elements tailored specifically to the vehicle. The classic Mustang Fastback, for example, will feature a quarter-mile clock, while the Ferrari Ultimate Garage comes with an entire suite of minifigures and pieces so you can live out your Lego racing fantasy in your living room.

Lego hasn’t listed an official price yet for each of these kits, but it’s safe to assume that the Ferrari Ultimate Garage will be the most expensive. Previous Speed Champions sets, like the Bugatti Chiron and the Mercedes-AMG GT3, retail for as little as $14.99, while more intricate sets like the Mercedes-AMG Petronas Formula One team ask as much as $99.99.

The new Speed Champions sets join an already impressive lineup of Lego vehicles you can currently buy from the company. These 15 made our list of our all-time favorites.