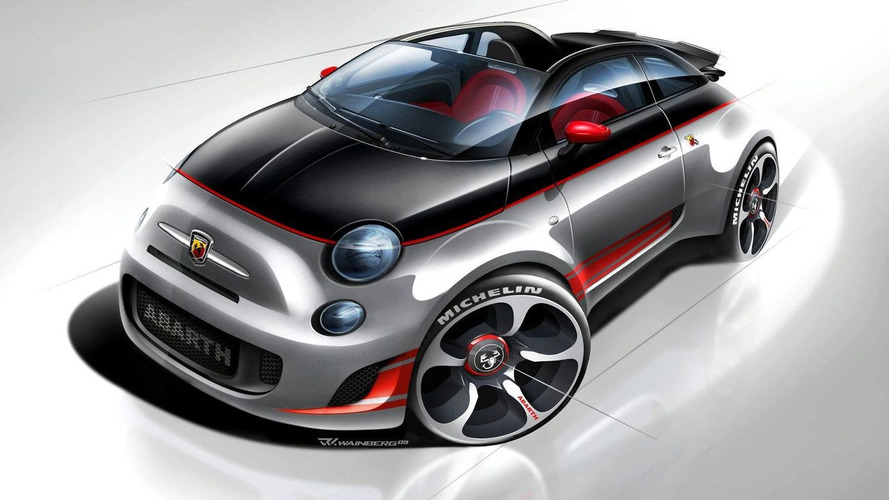 How will Abarth adapt the Fiat 500 for its own uses? Find out the first solid details inside.

The two-seat sports car being prepared by Abarth as its first self-branded car in almost 40 years could actually be a two-seat coupe and convertible based on the Fiat 500.  The car may draw inspiration from the legendary 1959 Zagato Abarth 750 GT, according to Autocar.

This rendering of the Abarth 500C was created by Argentinian automotive expert Rubén Wainberg, the Head of Design at Abarth.  The 38-year old also assisted in development of the new Fiat 500.

Dubbed the Abarth 500 Speedster, conflicting reports suggest it could have an engine that produces anywhere from 163 to 240 horsepower (122 to 179 kW).  The low end of that range is similar to the engine output seen on the Abarth Punto Evo, Abarth Punto Evo Esseesse, and the Abarth 694 Tributo Ferrari.

Originally planned to have the Lotus Elise's aluminum chassis, the car was slated to weigh under 900 kg.  The Elise option is now off the table, and a replacement has not been found.  Still, expect the car to get a more slanted windscreen, and sportier roofline than the 500.  As a coupe, the car could get the double-hump roof from the Zagato model.

Keep an eye on WorldCarFans for more on the Abarth 500 Speedster.