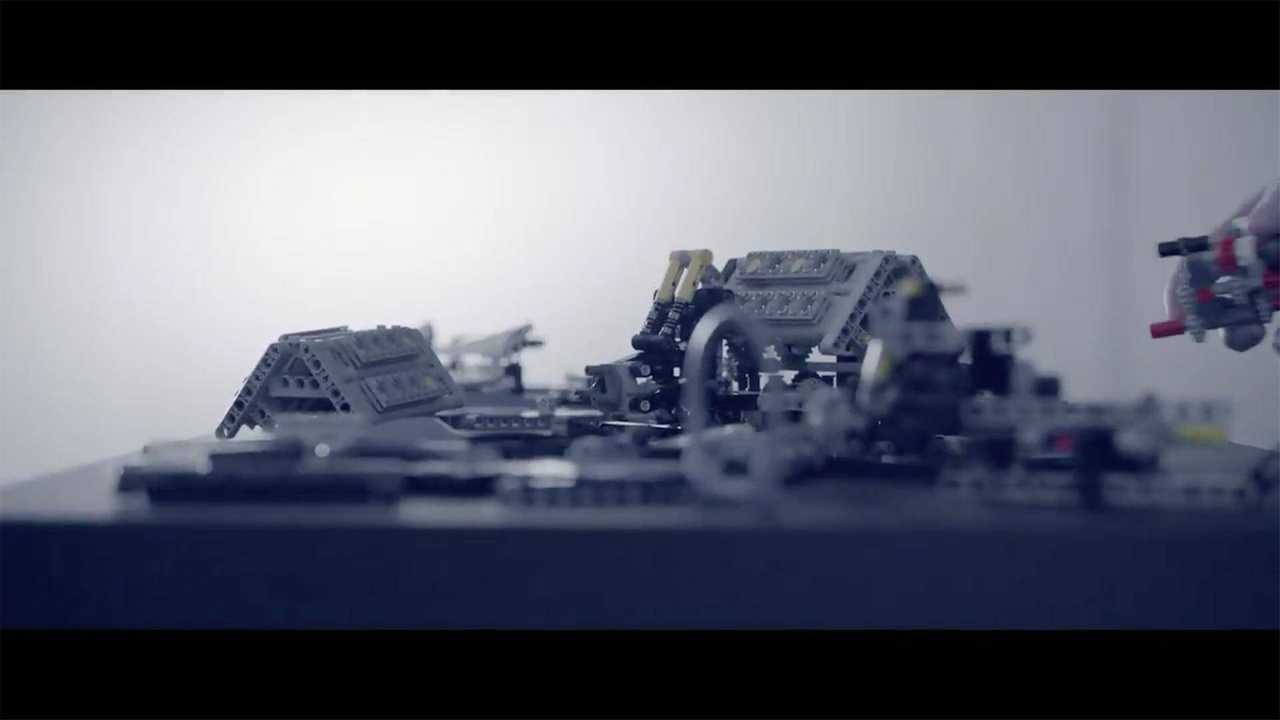 This huge model will likely be expensive and take quite a while to build.

Get ready for a new Lego kit to add to your growing wishlist because Bugatti is teasing a Technic set for the Chiron. The company's brief video (below) doesn't show much of the model, but the size of the engine alone indicates this beast could be quite an impressive showpiece when complete.

Lego reserves its Technic line for some of the company's most complex and impressive kits. The current automotive star of these models is the Porsche 911 GT3 RS. It retails for $299.99 and includes 2,704 pieces, which the company estimates require six hours to assemble. When complete, the car measures 6 inches (152 millimeters) tall, 22 inches (559 mm) long, and 9 inches (229 mm) wide. The 600-page instruction manual doubles as an art book about Porsche's track-focused coupe.

In the real world, the Chiron and the 911 GT3 RS have the same 178.9-inch (4,544-millimeter) overall length, which suggests the Bugatti Lego model would have roughly the same 22-inch length. However, the Chiron is 80.24 inches (2,038 mm) wide, versus the 74 inches (1,880 mm) for the GT3 RS at its widest point. This indicates the Bugatti kit would be a little broader than its Porsche counterpart.

The teaser video doesn't show any of the model's body but reveals a smattering of the mechanical parts. So in addition to being quite large, it appears this kit should hide quite a bit of eye candy underneath the exterior.

The Chiron kit will arrive later in 2018. However, neither Bugatti nor Lego offer any hint about when the model might have a full debut. Owning a real Chiron is out of the financial reach of nearly everyone, but at a likely price around a few hundred dollars, this one is at least a little more affordable.