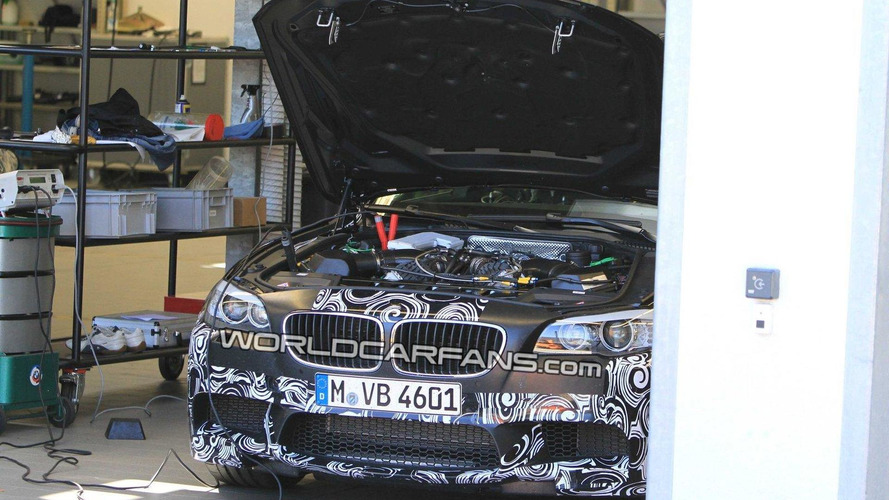 We got our hands on a few pics featuring the next-gen M5 with its hood popped open at the 'Ring. The story inside.

Spies at the Nurburgring captured an unexpected moment earlier this week when they spotted the next-generation 2012 BMW M5 (F10) with its hood up.  In lifting up the bonnet, the automaker's engineers revealed some of the high performance equipment BMW fans can anticipate.

The hood was lifted due to the recent heat wave felt around continental Europe.  By popping open the hood, engineers let the car cool down a bit so they could do some work on the vehicle.

Customers of the new M5 can expect to get a turbocharged petrol V8 engine that produces up to 592 horsepower (441 kW, 600 PS).  Although a diesel version could come out in the future, it is not likely that a diesel-powered M5 woul be ready in time for the M5's release towards the end of 2011.

The 2012 BMW M5 will likely debut at next year's Geneva Motor Show with European sales commencing shortly after.