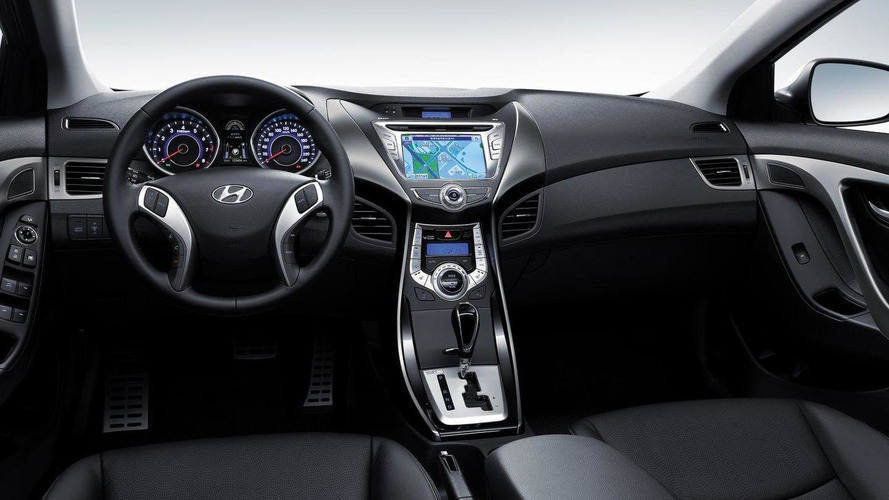 Check out the first official shot of the fifth-gen Hyundai Elantra (Avante) interior, set for release in Korea next month.

Hyundai has released the first official interior photo of the all-new 2011 Hyundai Elantra.  Called the Avante in South Korea, the fifth-generation car will get a few nicer options not seen in spy photos we previously showed you.

Amongst these are the fairly large LCD infotainment screen, tied to a GPS screen in the demonstration photo.  As opposed to the seats replicating the two-tone scheme with different colored inserts, the leather front seats in this vehicle feature the same dark tones.

This car also has glossy black trim pieces in addition to the silver bits.  Other things we can spot include aluminum pedals, a multifuction steering wheel, a tachometer that displays a 6700 rpm redline, and a speedo that goes up to 240 km/h (149 mph).

The next generation 2011 Hyundai Avante will be released in Korea this August.  Look for the Elantra to show up in showrooms worldwide soon after.