Report: Ford Explorer ST With 400+HP On Its Way 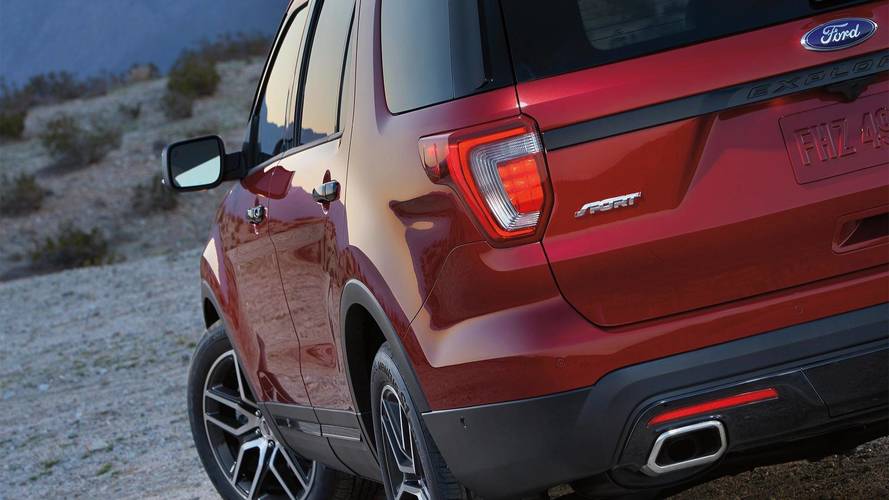 Next generation expected to move to a rear-wheel-drive platform.

Between talks about the Ranger’s U.S. return and the long-awaited revival of the Bronco, it’s easy to forget about the Explorer. Ford has been testing the next generation out in the open for more than a year considering our first batch of spy shots dates back to late October 2016. Now, new unconfirmed details have emerged about the revamped Explorer set to arrive for the 2020 model year once production will kick off in the spring of 2019.

Sources close to the Blue Oval have told The Truth About Cars that some major changes are in tow for the sixth-generation Explorer, which will allegedly switch to a rear-wheel-drive platform, specifically the new modular CD6 architecture. Assembly is set to take place at the Chicago Assembly Plant and the model is expected to use steel for the majority of its body panels. According to the same report, its Lincoln-badged counterpart will share the platform and will also be built in the Windy City with a predominantly steel body.

TTAC has also managed to obtain some tidbits about what will power the 2020 Explorer and apparently Ford has plans to offer a total of four engines, with one of them – the turbocharged 2.3-liter four-cylinder – to be carried over from the current model in which it produces 280 hp and 310 lb-ft. Rumor has it the F-150’s new 3.3-liter V6 will be offered in the new Explorer where it will replace the existing 3.5-liter V6 rated at 290 hp and 255 lb-ft. No word about output, but in the pickup truck where it acts as the entry-level engine, it delivers 290 hp and 265 lb-ft.

A hybrid powertrain is also in the offing, but the most interesting piece of info concerns a hot Explorer ST bound to replace the Sport trim, much like the Edge Sport had to make way for the new Edge ST. The newcomer will use a biturbo 3.0-liter V6 replacing the current biturbo 3.5-liter V6 and will probably deliver more than the 400 horsepower and 400 pound-feet of torque you’ll find in the Lincoln Continental taking into consideration it will be labeled as a performance-oriented “ST” model. Although we don't have the final numbers for the time being, it’s going to be a vast improvement over the current Explorer Sport and its 365 hp and 350 lb-ft.

As for the Lincoln equivalent, the plush version will be available with either a standard biturbo 3.0-liter V6 or a plug-in optional hybrid based around the same gasoline engine. In both cases, a 10-speed automatic transmission will be in charge of sending power to the road.

It’s unclear at this point when Ford will take the wraps off the new Explorer, but we might get to see it at the Los Angeles Auto Show late November this year. Don’t get your hopes up for a reveal next month in Chicago as we’ve checked the official website and it shows only the 2018MY will be exhibited.