Kia SP Concept Teased To Show Crossovers Are All The Rage 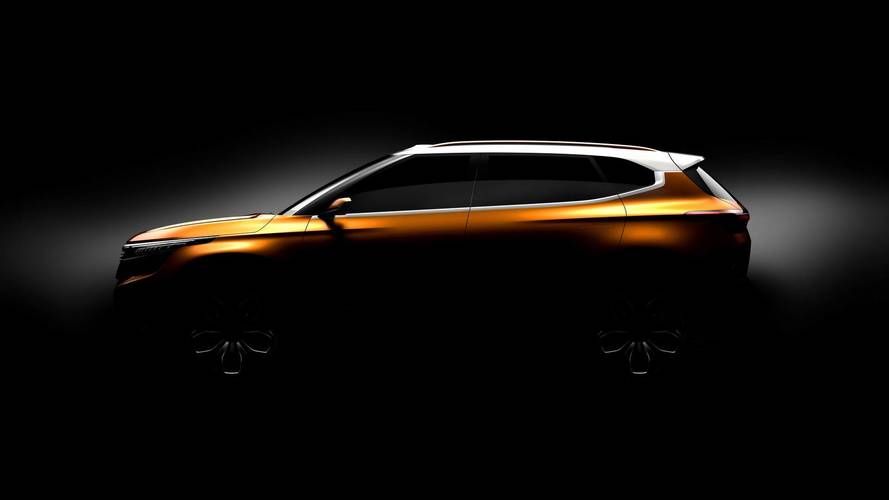 Is there room in the automotive spectrum for yet another crossover? According to Kia, the answer is yes.

[UPDATE] Three extra teaser images have been added to the attached photo gallery.

Kia introduced its Stonic subcompact crossover roughly seven months ago and already it seems there are plans for a new baby CUV. The difference between these two is that while the Stonic is a global model, the crossover previewed here by the SP Concept has been developed for the Indian market. “Inspired by Indian heritage and driven by advanced technology,” the new high-riding Kia will be unveiled in full on February 7 during the Auto Expo 2018 in New Delhi.

According to our friends at IndianAutosBlog, the pint-sized crossover is set to morph into a production version in the second half of 2019 and will be put together at Kia’s very first Indian plant. If it won’t stray away too far from the concept, it should turn out to be a stylish CUV, though you can imagine it will eschew the flush door handles. Those sleek headlights will likely be replaced as well by bigger and more conventional cluster, while the side mirrors are going to be a tad larger.

We also get to see the back of the SP Concept, with big taillights interconnected through a full-width metallic bar that might make some folks think of the Mercedes GLA. In typical concept fashion, the latest Kia has chunky alloy wheels that will likely go down in size for the road-going model. It remains to be seen whether the small crossover has anything to do with the Stonic or it’s an entirely different model developed from the ground up to cater the Indian market.

The SP Concept will join no less than 16 global models at the auto show in India, including everything from plug-in hybrids and EVs to exciting cars such as the new Stinger. Kia is well aware of the fact that India is largely considered as being the fastest-growing car market in the world, hence why the company is finally making its debut in the second most populous country on Earth.

New Delhi, January 30, 2018 – Kia Motors India (KMI) will make its Indian market debut at the Auto Expo 2018 in New Delhi with a new concept car. Kia will unveil the SP Concept at the New Delhi motor show on 7 February, 2018, alongside a showcase of 16 of the brand’s global models.
Inspired by Indian heritage and driven by advanced technology, the Kia SP Concept hints at the company’s plans to introduce a new SUV to the Indian market in future. Bold and stylish, the SP Concept combines sophisticated beauty, breakthrough technology, and high functionality in a small SUV form.
Alongside the global debut for the SP Concept, Kia will showcase its global range of cars at Auto Expo. Kia will exhibit its wide range of electric vehicles, plug-in hybrids, and a range of other cars – including the exciting new Stinger sports sedan. Kia Motors is looking to replicate its global success in India, the world’s fastest growing car market.
Han-Woo Park, President of Kia Motors Corporation, commented: “All of us at Kia Motors are extremely proud to take our first steps into one of world’s largest automotive markets. And we are here to build more than just great cars. We aim to set a new standard in the Indian auto industry by providing consumers with world-class products and services, while engaging with and giving back to the local community.”
Kia’s award-winning products are now among the most popular cars on sale across the world today, gaining praise for attractive design, high-tech features, and reliability. The company’s distinctive design identity, including its hallmark ‘tiger-nose’ grille, runs through the brand’s entire vehicle line-up, making the brand’s cars immediately recognizable all over the world.
The SP Concept and full range of Kia cars will be on display at the Kia stand in Hall 7 of the Auto Expo.