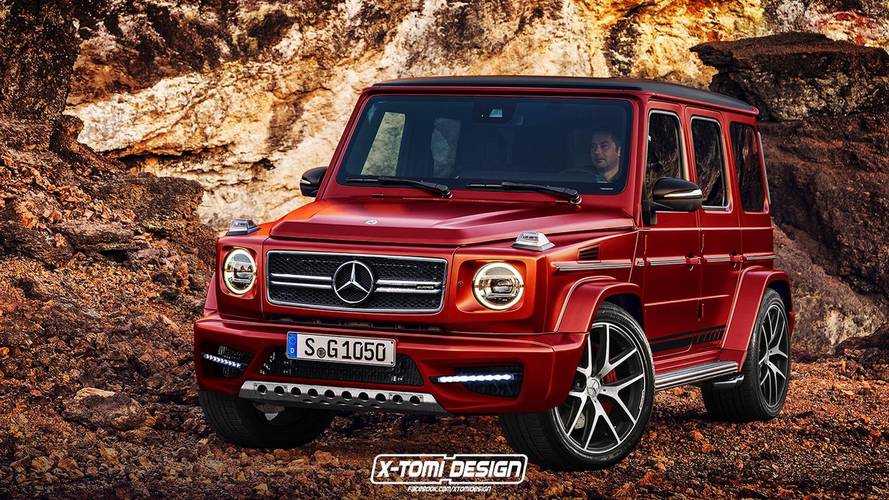 Special editions are also on the agenda.

The new Mercedes G-Class made its debut just a few weeks ago at the North American International Auto Show in Detroit and already it seems we won’t have to wait much longer to check out the hotter AMG versions. In an interview with Automotive News, G-Wagen’s Marketing Manager, Ian James, revealed “the AMGs [G-Class] are not going to be far away.” He went on to specify these are going to be available for the 2019 model year, which means the reveals are scheduled to take place at some point in 2018.

There’s a good chance the G63, speculatively rendered here, will be the first to see the light of day on the occasion of the Geneva Motor Show programmed for early March. Mercedes-AMG has (kind of) already previewed the more powerful version by showing off the G-Class in the AMG Line specification. While the latter (pictured below) is mainly a visual package for the off-roader, the G63 will bring a plethora of hardware upgrades, including a beefier biturbo 4.0-liter V8 engine.

The identity of the other AMG-ified G-Class is not known at this point, but don’t be too surprised if the G65 won’t be it. Mercedes has hinted the V12 will survive only in Maybach models, although it’s too early to tell whether this strategy is going to be implemented in the foreseeable future.

If the G65 isn’t on AMG’s agenda, what other model should we be expecting? Mercedes’ performance division recently launched a trio of “53” models based on the E-Class Coupe, Convertible, and the CLS – all of which are sharing an inline-six turbocharged 3.0-liter engine with an electric motor for a combined output of 429 horsepower and 384 pound-feet (520 Newton-meters). That being said, we will have to wait and see whether Mercedes-AMG has plans for something along the lines of a G53.

On a related note, Mercedes USA’s CEO, Dietmar Exler, hinted at giving the G-Class the special edition treatment to gauge the customer’s interest: “We will be curious and test the waters for special editions.” Here’s hoping this is a sign there will be a new 4x42 or something to that effect.