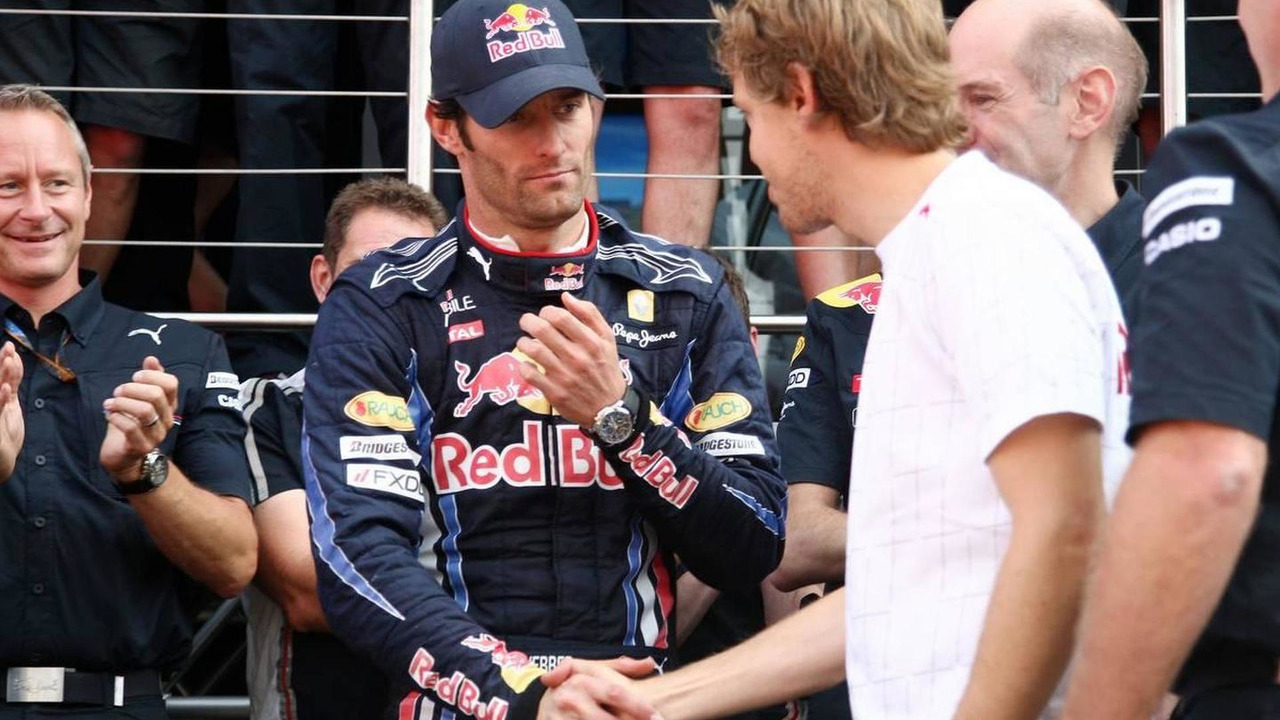 Sebastian Vettel has confirmed that his relationship with teammate Mark Webber is tense.

Sebastian Vettel has confirmed that his relationship with teammate Mark Webber is tense.

In recent interviews in the wake of the Silverstone front wing affair, 33-year-old Webber has openly admitted that he is not friends with the younger German.

The story dates all the way back to 2008, when an on-track collision caused the Australian to denounce Vettel, now 23, as one of F1's "kids" who "do a good job and then f--k it all up".

Since Vettel gestured with his finger that Webber was crazy after their Istanbul crash in May, the German has been reluctant to talk about their relationship.

But now he has told Der Spiegel magazine: "There is a certain distance.

"The first priority is the team but racing drivers usually see things very stubbornly. It's the same in this case.

"We work together where we must work together to bring forward the team and develop the car. Otherwise, everyone is focused on himself to seek his own advantage," said Vettel.

And Webber has warned that the relationship could worsen as the fight for the 2010 title progresses.

"Who knows, in the next few months, if we're both still racing at the front, things could become more tense between us," he said.