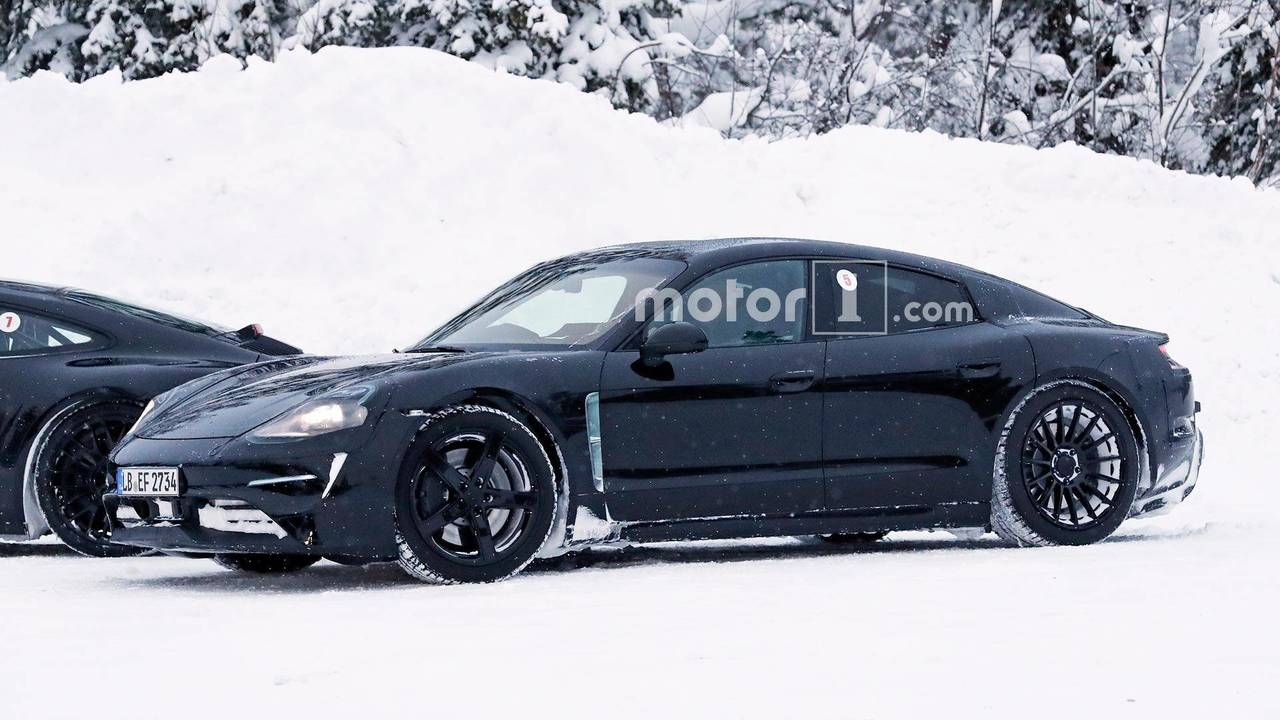 This Mission E looks a lot like a bigger, four-door 911 in these photos.

Porsche staged a semi-private test of its next-gen vehicles, including the Mission E and future 911, but spy photographers were able to catch the work underway.

Seeing the vehicles together shows their similar design DNA. The Mission E features flatter nose with a fascia that wraps farther around the front end than the 911. However, they start looking much more aline starting from the A-pillar because there is a comparable rake and flowing roof. The Mission E extends the top to allow for an extra set of doors, though, but both models feature a rounded tail.

According to a report from Auto Express, Porsche will target a 310-mile (499-kilometer) range from the Mission E. The company's 800-volt system will allegedly allow for getting 249 miles (400 kilometers) after less than 20 minutes of being plugged in. However, this will potentially only be from the firm's proprietary chargers. The company will pack the EV with its cutting-edge driver assistance technology, including semi-autonomous capability. A holographic instrument display will possibly be an option, too.

Porsche will offer the Mission E in a variety of power outputs. The base trim will come with 402 horsepower (300 kilowatts) and will carry a price tag starting around $85,000. The mid-range variant will boast 536 hp (400 kW), and the range-topping model will have an impressive 670 hp (500 kW). All of these versions will have all-wheel drive, but the company will potentially introduce less expensive, purely rear-drive version later. More EVs will join the lineup eventually.

The new 911 won't have a revolutionary styling change on the outside, but the cabin will be completely different. Porsche will fit a mostly digital instrument cluster with an analog tachometer but will use displays for the rest of the layout. It'll also use lots of capacitive buttons and stumpy gearshift. Power will continue to come from a turbocharged flat six, and a hybrid will join the lineup later in the generation.