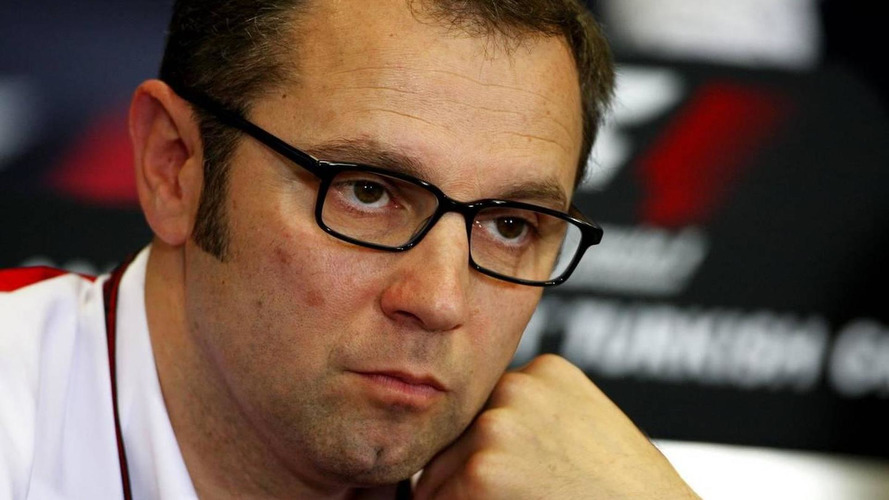 After a run of poor results for the Maranello based team, Ferrari boss Stefano Domenicali says he wants to see a "strong reaction" this weekend at Hockenheim.

After a run of poor results for the Maranello based team, Ferrari boss Stefano Domenicali says he wants to see a "strong reaction" this weekend at Hockenheim.

"Whoever does not believe we can win the world championship should find another job," he insisted.

Domenicali said abandoning the 2010 car to focus on its successor is not yet a consideration.

"Before making calculations we must take home podiums and victories," he said in an interview with La Stampa. "There is a tide of points at stake."

Domenicali said he can understand some recent criticism of Ferrari, but reveals he was "hurt" when it was suggested the team is in "disarray".

One criticism is that while Red Bull pioneered the blown diffuser and McLaren the F-duct, Ferrari has recently been light on innovation.

"We have done less visible things: the wheels, some aerodynamic. But I do accept the criticism: some striking solutions have come out."

He defended the arguably erratic performances so far of team newcomer Fernando Alonso.

"Driving for Ferrari has a different weight. Some say that once you are in the car it is all the same, which is absolutely not true: the pressures on our team are not comparable to the other teams, Red Bull, McLaren or Mercedes."

Domenicali believes Ferrari is simply in a period of "renewal".

"To win, you need to go through those periods. After a wonderful time, the basic rules have changed: at first everything was unlimited but now you must think about budgets and simulations.

"Imagine that tomorrow all football is played on synthetic grass; the sport is the same, but the preparation, the materials, the techniques would all change."