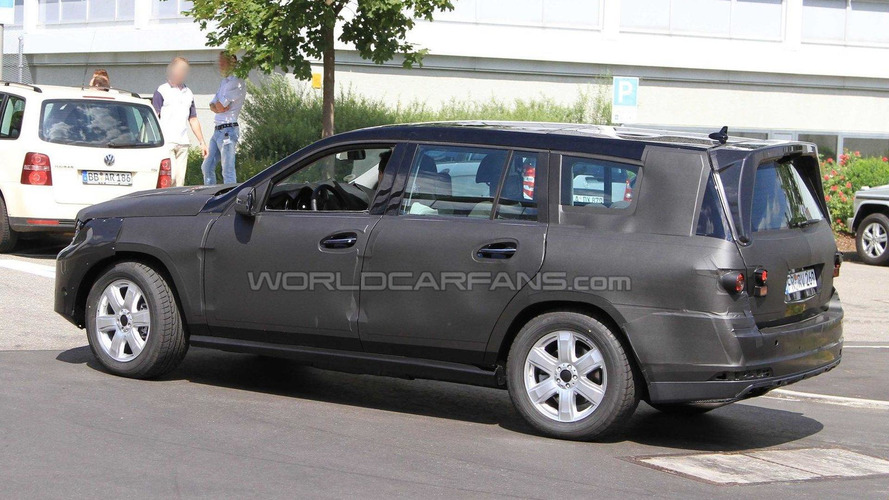 Styling cues may be borrowed from current E-Class model to give the GL a friendlier face.

These latest spy pics of the next-generation Mercedes-Benz GL were taken in Southern Germany outside a development center where the GL prototype was returning to after a test drive.

It seems the GL, a wagon/SUV creation, will get front end styling attributes from the current E-Class. According to reports, the GL will be built on a stretched version of the next generation ML platform.  It will feature LED daytime running lights on the bumper and the compact light clusters for the rear taillights will likely be part of the next-generation GL's look as well as a friendlier face for the thuggish-looking GL with a wider grill and a more aerodynamic nose.

Engines will likely still be shared with the ML (SUV) model, such as the 3.0 and 4.0 liter diesels and the 5.5 liter gasoline/petrol engine all coupled to the brand's 7G-Tronic (7-speed) transmission.

A WCF source reports that this next-gen GL is due sometime in late 2012, however, AutoExpress is reporting this prototype as another major facelift for the GL-Class which will go on sale in early 2011.  We will see.