Glickenhaus Announces The Boot, Will Take It To Top Of Volcano 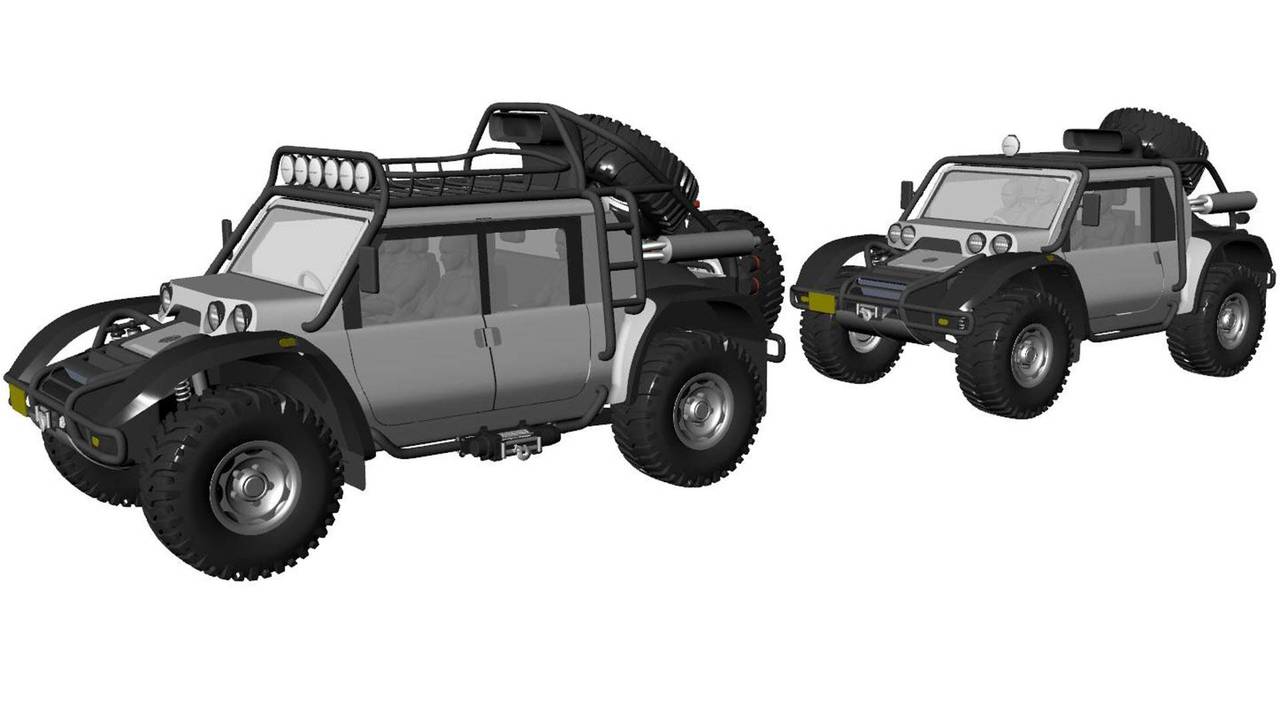 The company will offer the off-roader in two- and four-door versions.

Scuderia Cameron Glickenhaus has a new project under development, and it's completely different from the firm's SCG003 hypercar or forthcoming sports car. Instead, the company will head off-road with a utilitarian buggy that the firm will call the Boot. To prove the vehicle's capability, SCG will run an expedition version of the model up the 22,615-foot (6,893-meter) tall Ojos del Salado volcano in the Andes Mountains, which will be a world record for high-altitude driving.

The Boot is amphibious too:

The Boot is still a work in progress, so the specs are subject to change. Current plans have the off-roader using a mid-mounted, naturally-aspirated 5.0-liter V8 for power. Only an automatic gearbox would be available. "We could do manual but the demand is almost non existent. Even on 004S the firm manual orders are a lot less than paddles. My 004S will be manual," Scuderia Cameron Glickenhaus wrote in a comment on Facebook.

The company's engineers are taking inspiration from off-road racers, like the ones at Baja and Paris-Dakar, for the Boot's suspension. The firm's goal is to give the vehicle an impressive 20 inches (50.8 centimeters) of wheel travel.

The Boot's design takes a form-follows-function approach, and there doesn't appear to be any effort to make the appearance aesthetically pleasing. Up front, the fenders rise higher than the rest of the hood as a way to provide more suspension travel. This pushes the headlights practically to the base of the A-pillar. There's at least one more spotlight on the roof. A large, roof-mounted snorkel directs air to the engine, and the exhausts exit above the rear fenders. This combo should give the vehicle impressive wading capability because water would need to be so high for the V8 to suck it in.

SCG renders the Boot in two variants. It calls the four-door version the Expedition because this is the one that would attempt to drive up Ojos del Salado. For still-unexplained reasons, the company calls the two-door variant Steve.

Inside, both versions feature a central driving position. This layout maximizes the cabin occupancy and lets three people fit in the Steve. The interior would have both heat and air conditioning.

Scuderia Cameron Glickenhaus has low-volume manufacturer status in the United States, which lets the company sell 325 vehicles a year in the country. The business estimates that adding the Boot to its lineup should let the firm achieve this figure. SCG expects the off-roader to carry a base price around $100,000, which would make the buggy the least expensive vehicle that it sells. Deliveries will start in 2019 or 2020.