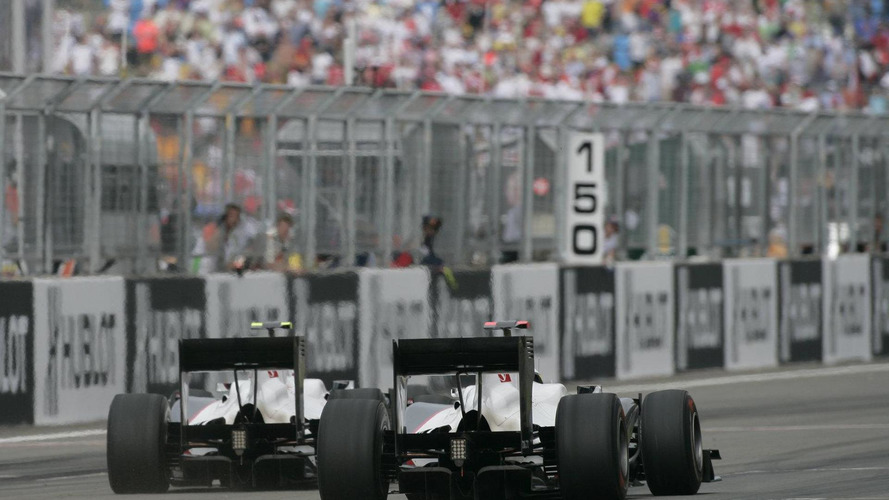 With half the season now gone, Pedro de la Rosa admits he is not sure what he will be doing in 2011.

With half the season now gone, Pedro de la Rosa admits he is not sure what he will be doing in 2011.

"I am trying only to enjoy the moment," said the 39-year-old Spaniard, who returned to the grid this year after a long spell as McLaren's test driver.

Last month, the Sauber driver revealed he is "available" for future employment by other teams.

He has now told the EFE news agency that he is hopeful of being able to demonstrate his value in the remaining races this year.

"Nine races are a lot," said de la Rosa, admitting that a podium is unlikely.

"That would be too much. My fight is for the top ten. We have to be realistic about our limitations.

"We have potential and all the ingredients, I'm driving well, but we are developing the car with a limited budget."

Sauber, and particularly the Japanese rookie Kamui Kobayashi, has performed strongly at the last two races, so de la Rosa acknowledges that "the next two races are very important for the team and for myself".

AS newspaper asked the Spaniard if he had heard that countryman Jaime Alguersuari has had his contract with Toro Rosso extended for 2011.

"Yes, I'm happy for him. For me future, I don't know. We will speak about it in September. I've learned not to hurry."