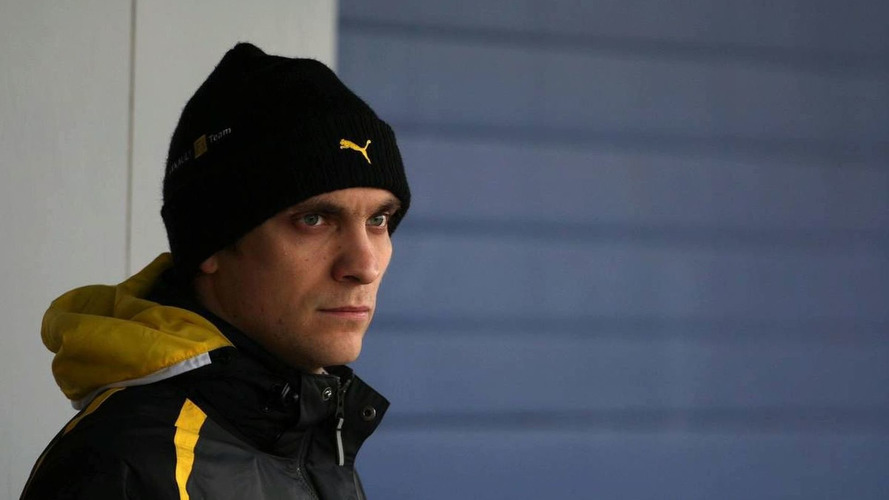 Vitaly Petrov is currently being left out of talks about being Robert Kubica's Renault teammate in 2011.

Vitaly Petrov is currently being left out of talks about being Robert Kubica's Renault teammate in 2011.

Despite being initially labelled little more than a pay-driver, the Russian rookie has been a solid performer this season.

But the Enstone based team's management, targeting a return to the top of the podium in the wake of the crashgate scandal and change of ownership, is openly contemplating its options for next year.

Asked about 2011, Petrov said at an F1 demonstration event alongside Jenson Button in Moscow at the weekend: "Next year is in hand, the talks will be held later."

"Some are fanciful, others are realistic because there are already discussions," boss Eric Boullier is quoted by France's Auto Hebdo when asked about the reported candidates.

Boullier had said Sebastien Buemi was also on the list, but Toro Rosso has now confirmed him for 2011, even though the Swiss youngster was not initially told.

Switzerland's Sonntagsblick newspaper explained the discrepancy by revealing that Toro Rosso had the right to retain Buemi due to his ongoing Red Bull contract.

And the 21-year-old is now quoted as saying he is "very happy" to be staying at the Faenza based team.

Italy's Autosprint is also linking Timo Glock with the Renault seat, even though Virgin's Nick Wirth said the struggling British team wants to retain the German.