Red Bull will not muzzle drivers after wing saga 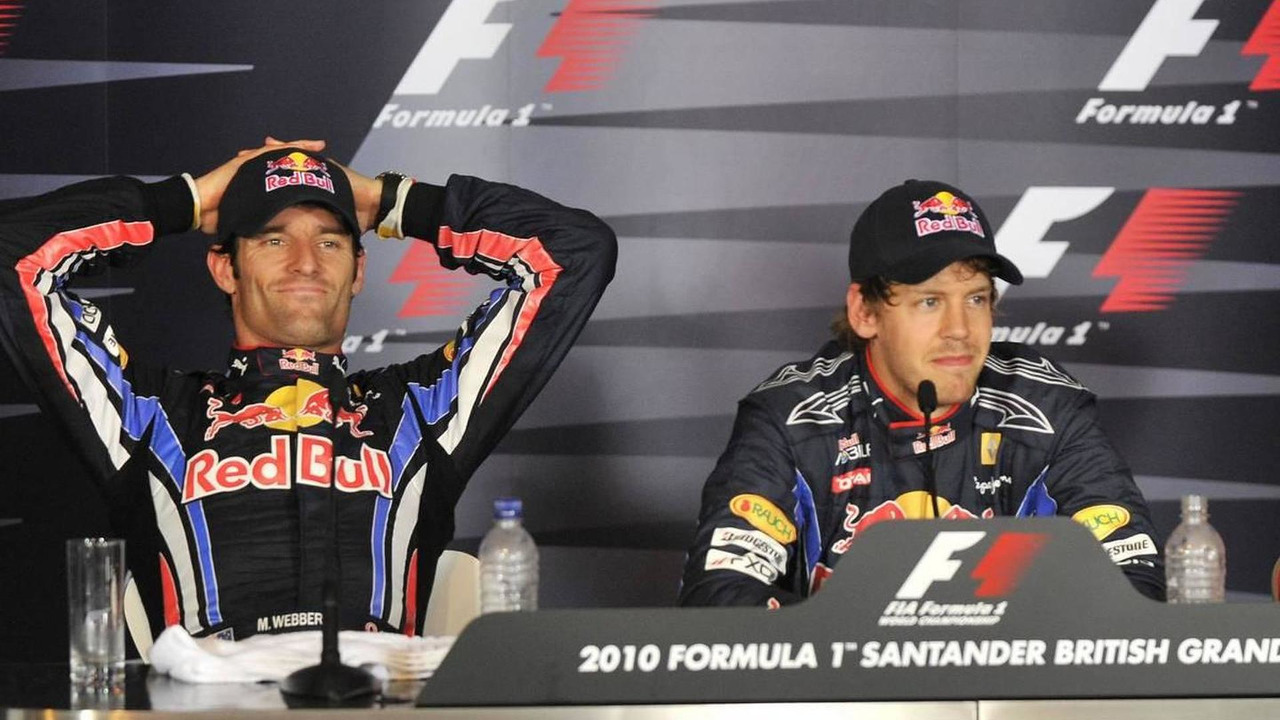 Dietrich Mateschitz has dismissed the Silverstone front wing affair as "much too dramatised", declaring that Mark Webber and Sebastian Vettel still have equal chances to win the 2010 world championship.

Dietrich Mateschitz has dismissed the Silverstone front wing affair as "much too dramatised", declaring that Mark Webber and Sebastian Vettel still have equal chances to win the 2010 world championship.

"Once again I say: we do not have a number one and a number two. Both drivers have cars with exactly the same specification. The problem with the new wing at Silverstone was the first exception," he said.

"Of course, the situation was not pleasant for Mark, but this was a little problem made into a large one.

"Our management was not diplomatic and perhaps not correct," he admitted, albeit insisting that Webber's 'number 2' comment after winning at Silverstone was also "unnecessary".

"But, on the other side, Mark did nothing wrong.

"We will not make them be quiet. Everyone can tell the truth; that is one of the highest virtues of Red Bull.

"There are no factions, although it is obvious that the two sides have their own driver firstly at heart.

"We have two drivers going for the world championship. Actually, it's a luxurious problem that many teams would like to have."

Mateschitz, 66, is confident about Red Bull's chances of winning in 2010.

"If you ask me today who will be champion, I would say 'one of our drivers'. But the pits must not interfere, because then the problems really begin."

He said appointing a number one is not in accordance with his "philosophy of racing". "Our drivers know that they first have the beat the other," said Mateschitz.

"I have no preference; as champion each of the two would be equally great to me."

And Mateschitz admitted that letting the drivers fight down to the wire could backfire and hand the title to an opponent.

"I think that is unlikely but I would not rule it out. And if it should happen, my God, we are talking about racing. The image of blood, sweat and tears is not by accident."