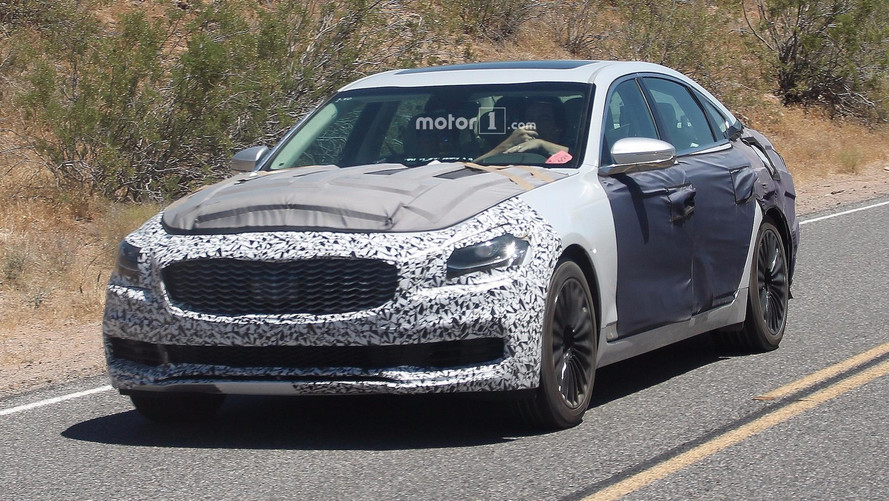 Sales should start before the year's end.

Kia is slowly refreshing its sedan lineup across the world – in Detroit we saw the new 2019 Forte and yesterday the manufacturer revealed the updated K5 for South Korea, which will also go on sale in Europe as the Optima facelift. Now, according to a new report, Kia is also planning a whole new generation of its K900 luxury sedan, likely debuting at the upcoming New York Auto Show in late March.

There’s no official confirmation of this information so far, but that’s what Kia Motors America’s Orth Hedrick, vice president-product planning, has hinted speaking to WardsAuto. The automaker has been testing the vehicle since February last year and we already know most of the details surrounding it.

Sharing the same architecture with the discontinued Hyundai Equus sedan, the South Korean sedan will feature a significantly revised design with a more pronounced radiator grille and new LED daytime running lights. Spy photos have also revealed the front bumper will be modified, while the taillights will receive new shape and graphics.

Even bigger changes will occur inside the cabin, where the new K900 will get the Lexicon infotainment system as standard together with new materials and finishes, including metallic and wood trims. A slightly longer wheelbase should free up a bit more space for the passengers.

As far as the engines are concerned, the K900 will carry on with the same lineup of motors, consisting of the same 3.3-liter V6 and 5.0-liter V8 options, generating 365 horsepower (272 kilowatts) and 420 hp (313 kW) respectively. A new 10-speed automatic gearbox will come as standard and will be the only gearbox option. Power will be delivered to the rear wheels, but optionally available will be an all-wheel-drive configuration.

Given the rumored debut for March, we expect the new K900 to go on sale before the year’s end as a 2019 model.