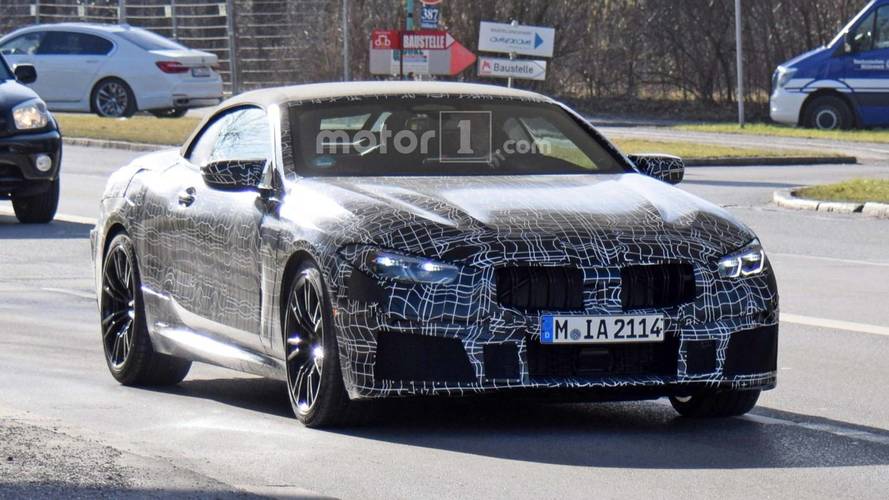 The competition M8 GTE is already racing, but the street car won't arrive until later this year.

The BMW world is buzzing right now with the M8 GTE making its racing debut at Daytona. While the competition-spec car certainly gives us plenty to see, there is still some mystery surrounding the road-going version of BMW’s new 8 Series. We’ve seen the M8 convertible prior to now, but the latest spy shots seem to be a touch more revealing when it comes to showing various body lines. The fenders appear a bit wider, and we get a good look at the sculpted sides that also seem show wider side sills. Up front we can see an aggressive fascia beneath the headlights and trademark kidney grille.

Under the hood is almost certainly the 4.4-liter biturbo V8, tuned to make as much as 630 horsepower. That should be plenty of thrust to propel the grand touring drop-top, and judging by the properly massive brakes visible behind the wheels, it should stop pretty darned good too. The quad exhaust tips out the back further differentiate the M8 from the standard 8 Series, and they should provide quite a soundtrack as well.

We’ve seen spy shots of the 8 Series and M8 for quite some time now, but with the competition car now in the public eye, BMW has started an official teaser blitz. A silhouetted photo showing the car’s backside made the social media rounds yesterday, along with a short video featuring a camouflaged 8 Series testing on-track in Italy. That car clearly was running a snarling V8, but we hope a V12 still factors into equation somewhere.

With a competition car already in the spotlight and a teaser campaign underway, we expect it will be a short matter of time – possibly just days or weeks – before the 8 Series gets an official reveal. The high-performance M8, however, is expected to arrive later in 2018.