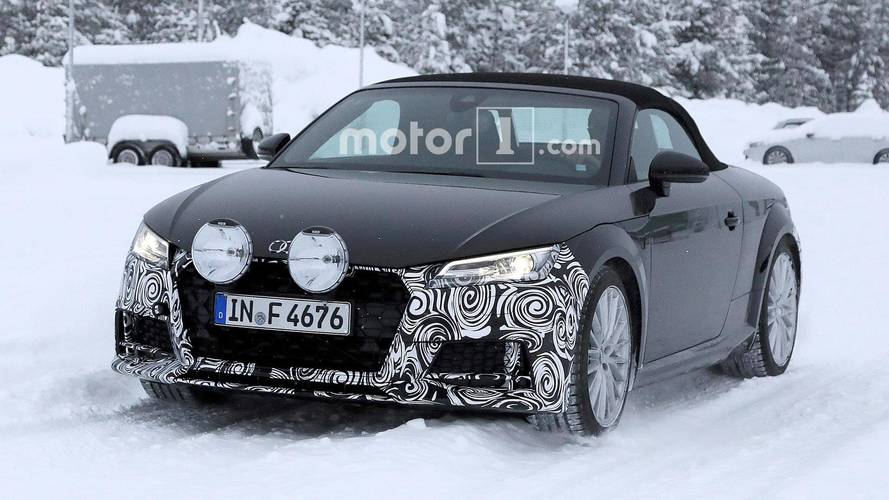 The exterior updates give the convertible a tweaked front fascia and revised rear bumper.

Audi has a modest refresh on the way for the TT range, and these spy shots catch the updated appearance on a Roadster while it takes a drive through the snow.

The designers at the Four Rings appear to have slight tweaks on the way for the refreshed TT. Up front, there's a new front fascia where the corner intakes no longer connect to the narrow inlet that runs the vehicle's width. Revised headlights now have their strip of LED running along the top, instead of the bottom like on the current model. The side sills look much thicker, too. The rear bumper appears to be largely the same, except for a more prominent simulated diffuser along the bottom.

The massive spotlights on the front of the roadster in the pictures won't be available from the factory on the actual model. Folks in rural areas might welcome the option for better nighttime visibility, though.

Earlier spy shots also reveal that there are updates in store for the more potent TT RS. Like the standard model, it receives new components at the front and rear end, but these pieces are much more aggressive including a revised diffuser at the back, and a lower fascia with extra strakes underneath the nose.

Photos don't yet let us see inside any variant of the refreshed TT. Infotainment system upgrades are likely, and expect revised materials in the cabin, too.

Powertrain changes for the updated model range are also a mystery. Completely new engines are unlikely, but Audi might be able to massage higher outputs out of the current units. Depending on the model, front- or all-wheel drive would be available. 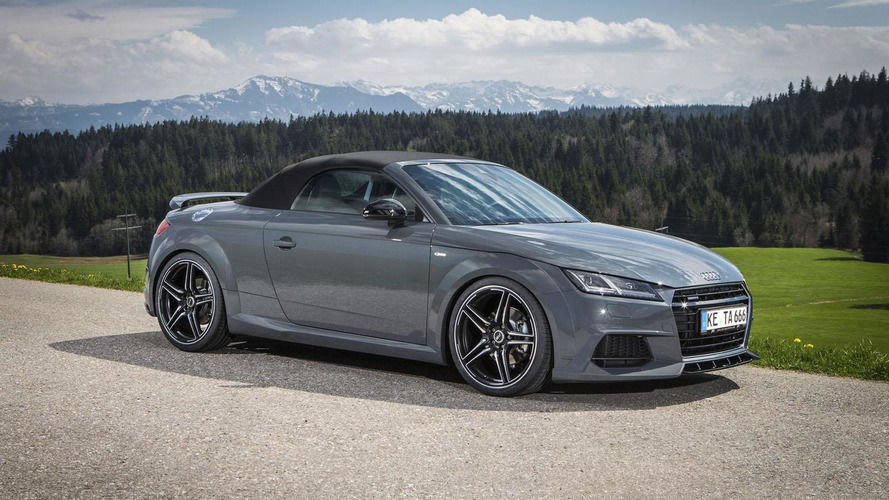