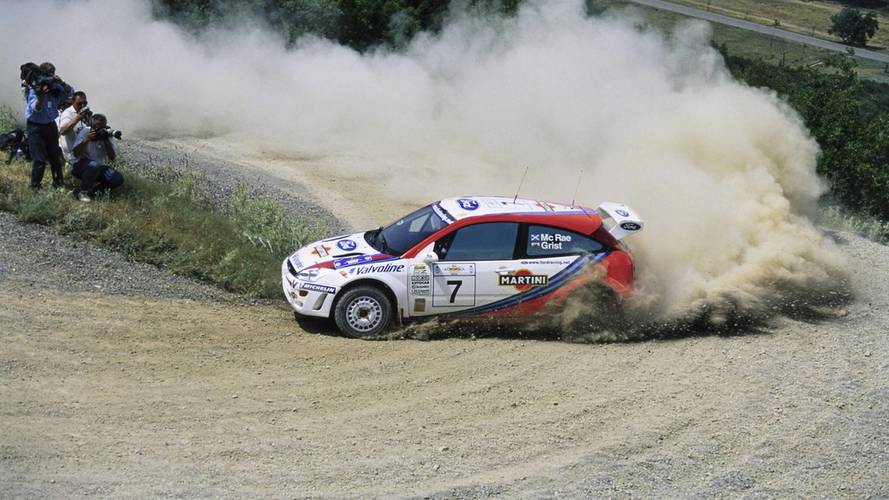 A Ford Focus WRC driven by Colin McRae during the 1999 World Rally Championship has come up for sale with Silverstone Auctions and is set to be sold next month. In total this car competed in 11 rounds of the season but was introduced for McRae for the fifth round of the season in Spain, and was used by him and co-driver Nicky Grist for four rallies in total. He achieved a best result of fourth during Rally France, and this car also featured at Rally Greece and China.

As a replacement for the marque’s Escort, 1999 was the first year the Focus was used in the WRC. McRae claimed the only two victories for Ford and the M-Sport team that year with wins in Portugal and Kenya – where he claimed the spoils by more than 15 minutes. But the fourth place that this particular chassis scored was the last of only three times that McRae would finish a rally that year due to the Focus’ poor reliability record combined with the 1995 champion crashing out also.

The car will be sold at Silverstone Auctions’ Race Retro Competition Car Sale on February 23. The sale also features a 1993 Group A Subaru Legacy that was driven by rally world champions Ari Vatanen and Richard Burns. Both the Focus and Legacy WRC cars carry the same $170,000 to $200,000 estimate.

Adam Rutter, classic car specialist at Silverstone Auctions said: "Ask anyone to name a rally driver and the first name that comes to mind is invariably Colin McRae. He was always a favorite among rally fans but his incredible success also made him a household name. It’s an honor to present this ex-Colin McRae 1999 Ford Focus WRC for sale at our Race Retro Competition Car Sale on 23 February. The atmosphere at our auction will be electric and it goes without saying that we expect bidding to be flat-out, just like Colin behind the wheel."

"It is very rare for a rally car of this caliber to come to auction. Include the fact it’s been driven by Colin McRae, Petter Solberg and Thomas Radstrom among others, makes it an incredibly important vehicle in motorsport history."