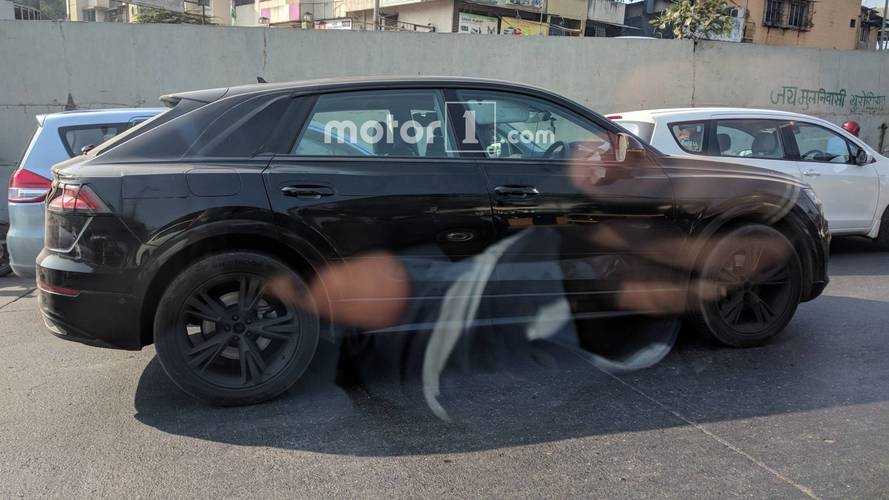 It's the first RHD prototype of the Q8 we've seen.

2018 will be a big year for Audi, as the company plans to introduce no less than 17 new cars in the next 12 months. One of the most anticipated debuts from the Ingolstadt-based automaker is the upcoming Q8 flagship SUV, which has been recently spied by a passionate Motor1.com reader in India.

Judging by the minimal amount of camouflage, just like in previous spy photos, the brand with the four rings is probably in the very final phases of development and testing, as it didn’t make the effort to properly camouflage the vehicle. The only masked elements of the exterior seem to be the rear lighting cluster, the C-column, and the four-ring logo, probably hiding some sensors and radars.

Interestingly, this is the first right-hand drive prototype of model we’ve seen, which suggests Audi will sell the Q8 in Australia, Japan, India, and, of course, Great Britain. Not that this something we can’t assume, but the attached photos give us a confirmation a RHD is also under development.

If the prototype looks somehow familiar to you, it’s probably because the overall body shape of the German machine has a lot in common with the production Lamborghini Urus. That’s not quite surprising, given the fact that the two luxury models will share the same platform and most of its onboard technologies. Of course, the German SUV will be less dramatic in its design with more emphasis on utility, rather than sport.

Audi will position the Q8 slightly above the Q7, which currently has a starting price of $49,900 in the United States. The coupe-fied SUV will benefit from most of the high-tech features of the new A8, including the beautiful dual touchscreen layout.

The model is already on the production lines of Audi’s Bratislava plant in Slovakia and we believe we’ll see it in its full glory at the Geneva Motor Show in early March. Sales should start shortly after.

Hat tip to Ashwin for sending us the spy photos!