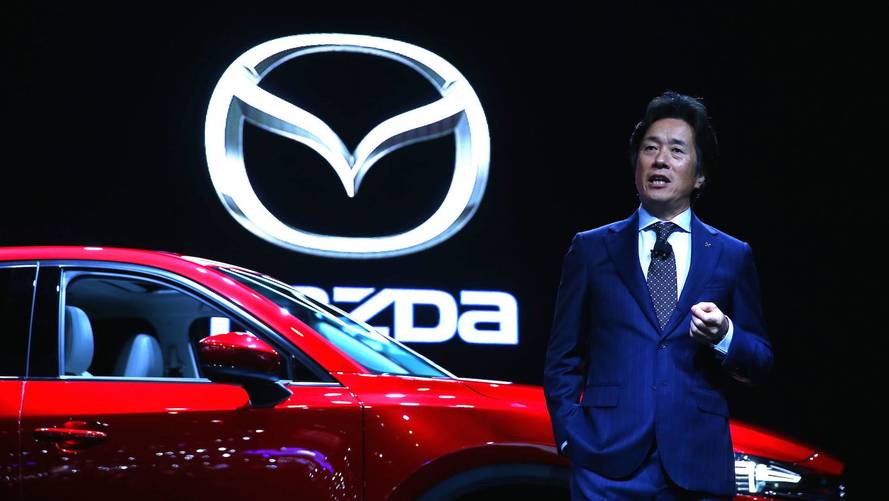 The two companies will only join forces as they see fit.

Mazda and Toyota have buddied up for a "mutually beneficial long-term partnership," which includes the production of a massive $1.6 billion joint facility in Northern Alabama. While to some it may look like the two companies are preparing for a merger, Mazda’s North American CEO quickly shut down the idea that the company could become just another subsidiary of Toyota.

According to a report from The Detroit Bureau, Masahiro Moro, Mazda North American Operations President and CEO, said that the two companies have no plans of merging. Mazda plans to remain an independent automaker for the time being, but the two companies will continue to work together in development of new products and technologies.

At the Automotive News World Congress in Detroit, Moro also discussed the future of electric vehicles and fuel cells, noting that the technology is important to the future of the automobile. Still, Mazda believes that its internal combustion engines could live on for another decade, if not more, thanks to advancements in technology.

"This is pure ICE engineering and this is the Mazda way," said Moto. "It is only going to get better as we (incorporate) these other technologies in the coming years. It is the time to go even further. As society progresses. Mazda must as well."

Part of that new strategy will include the implementation of Skyactiv-X. The sparkless ignition engine was introduced this past August, and will be the first step towards Mazda’s "Sustainable Zoom-Zoom 2030 strategy." That plan will also include the introduction of autonomous technology, and an overall aim to reduce its corporate average level of C02 by 50 percent compared to 2010, and 90 percent by 2050.

"With the breakthroughs in our Skyactiv-X engine, Mazda will deliver a car to market in 2019 with this technology," said Moro. "We expect to see fuel savings of another 20% to 30% with Skyactiv-X over our already industry-leading engines."