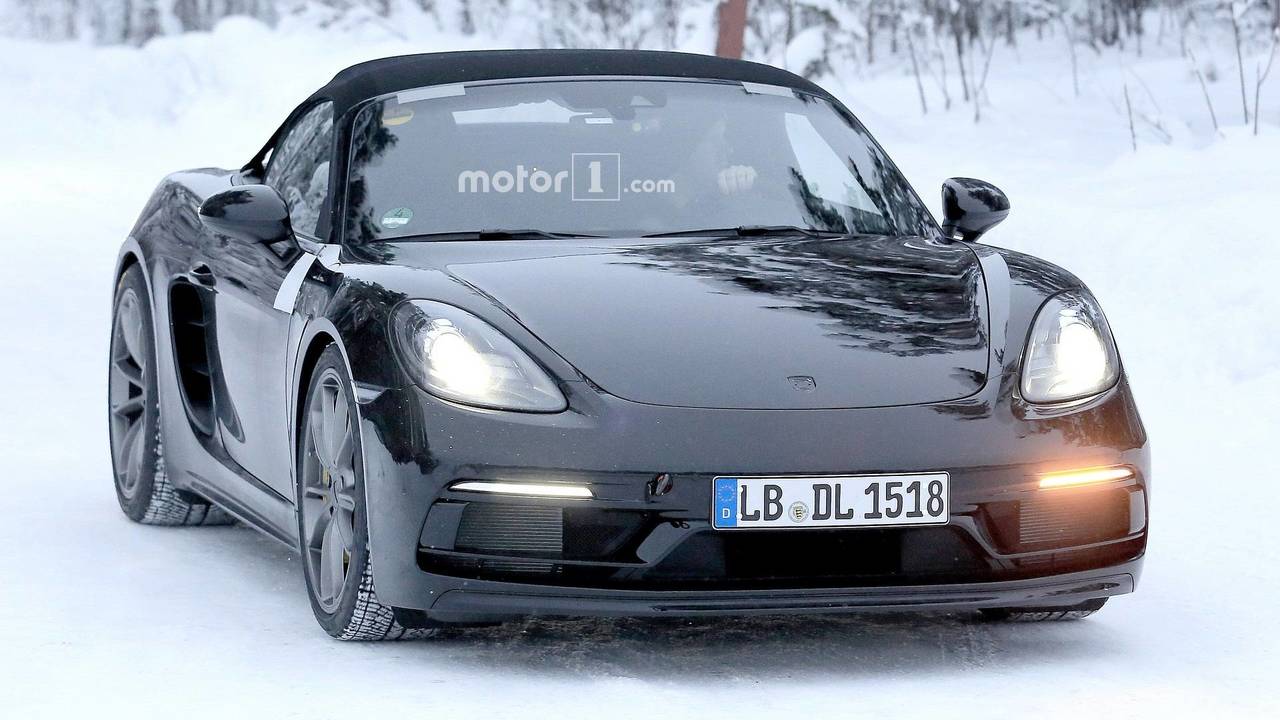 It looks like a chilly day to be testing the new roadster.

The Porsche 718 Boxster GTS is still a relative newcomer to the sports car market, but Porsche already has an even hotter roadster under development. These spy shots provide a better look at the upcoming 718 Boxster Spyder that tops the range.

Rather than the GTS' turbocharged 2.5-liter flat-four, the Spyder would reportedly get a version of the 4.0-liter flat-six from the 911 GT3. Porsche would likely detune to the performance mill from the existing 494-horsepower (368-kilowatt) output for a greater differentiation between the GT3 and Spyder in the brand's lineup. The hotter Boxster would top the  365-hp (271-kW) GTS, though.

The previous-generation Boxster Spyder was only available with a six-speed manual. However, the new one might gain Porsche's PDK dual-clutch gearbox as an option.

Aesthetically, Porsche will give the Boxster Spyder's body sporty tweaks that will befit its boost in power. The biggest change is the simplified, bikini-style top with straps that attach to the body. This roof would be manually deployable, which saves weight over the usual motor-driven unit. These spy shots also show a new front fascia and deeper side sills. At the back, the circular exhaust tips sit farther apart than the usual center-exit layout. This test mule appears to have placeholder parts for the headlights, but the final components are visible in earlier pictures (see below).

Inside, expect big sport seats and a stripped-down look that would match the Spyder's role as the sportiest member of the Boxster lineup. Less sound deadening would save weight, too.

The Boxster Spyder will debut in 2018, likely in the first half of the year. For coupe fans, expect the new 718 Cayman GT4 to premiere at the same time.