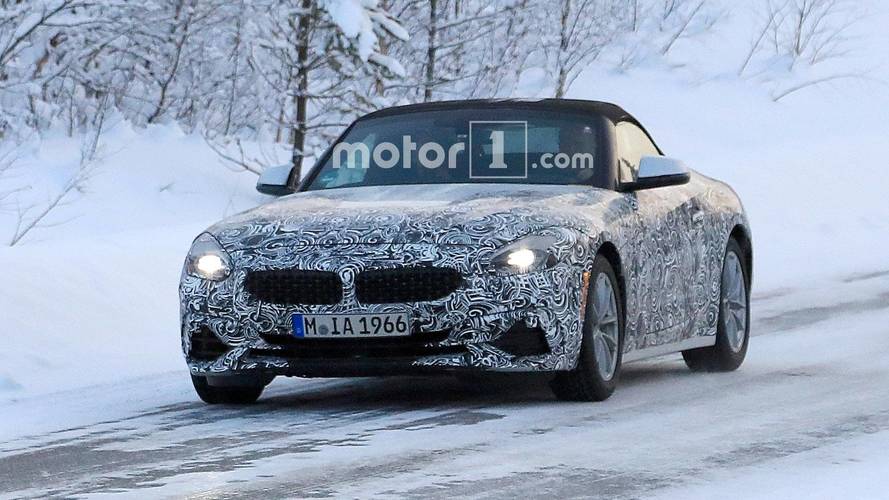 Those brake discs really fill up the wheels.

Development continues on the much-anticipated replacement for the BMW Z4, and a new batch of spy photos catches two flavors of them under development together. The curvaceous shape looks svelte regardless of which parts are on the body.

These Z4s feature two different takes on the roadster's front fascia. One model (left) features a prominent black air dam that pokes out from the nose. All of the mesh in the inlets is also black. The other example (right) has a less aggressive look with a smaller intake in the center. Conversely, there are polished details for the grilles on this one.

In profile, these Z4s wear impressively large brake discs that fill the entire open area of the wheels. The calipers don't appear too large, but this combo should provide plenty of stopping ability.

Like the front, these two cars have different details at the rear. In the photo above, the Z4 in the foreground has two trapezoidal exhaust tips and a subtle diffuser between them. The other roadster wears a pair of circular outlets and has a smooth area in between. Otherwise, the vehicles appear to be the same.

The latest rumors suggest the new Toyota Supra, which shares a platform with the Z4, would debut first at the Geneva Motor Show in March. The Bimmer would premiere later but before the end of the year.