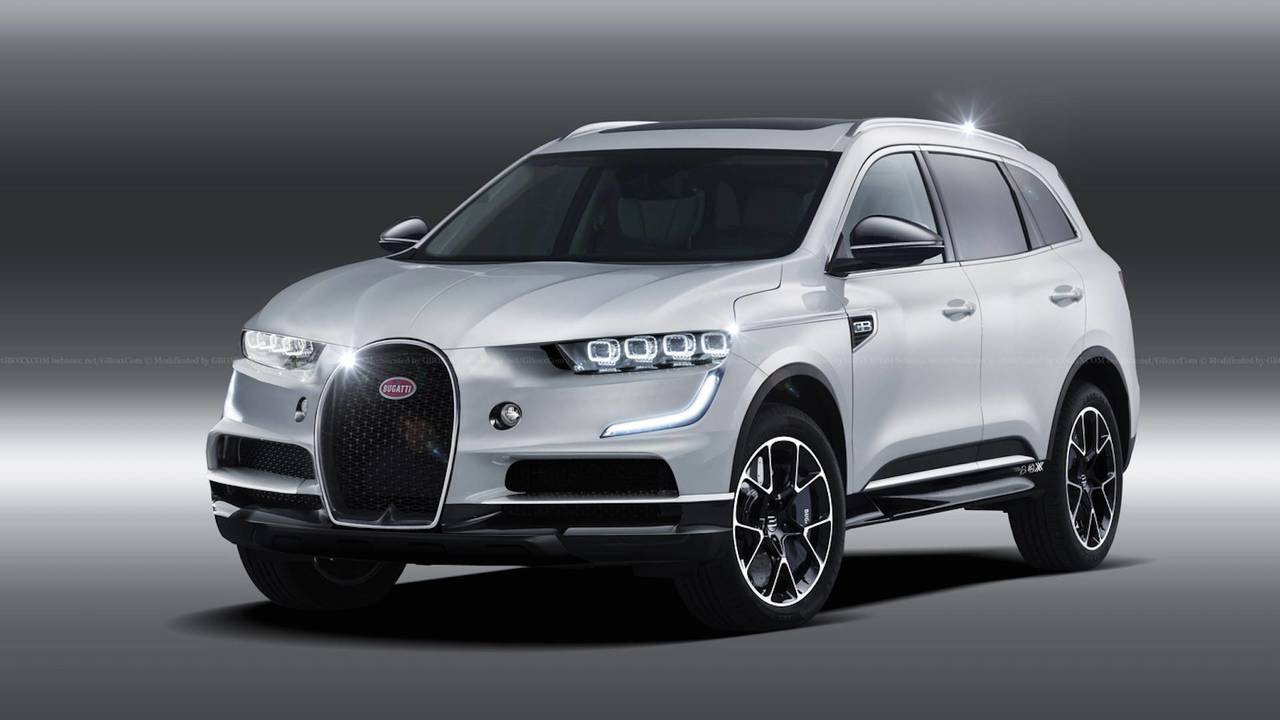 Should Bugatti build it?

Ferrari, Lamborghini, and even Lotus have all committed to the production of SUVs. The lone holdout remains McLaren, but it shouldn't be long before the British marque decides it wants to make boat loads of cash like the rest of them. One company that hasn’t been talked about much in the race for SUV superiority, though, is Bugatti.

In the past, Bugatti has fervently denied the production of both a sedan and SUV. It is hard to imagine an SUV with the same performance DNA found on cars like the Veyron and Chiron. But one artist has thrown common sense out the window and digitally dreamt up a Bugatti SUV with a few Chiron design elements to boot. Aksyonov Nikita has sketched the French performance SUV for the year 2020 – and it looks surprisingly good.

The design is highlighted by Bugatti's signature grille, with Chiron-styled headlights with a unique LED accent, two lower vents, and a sloping hood also included in the look. The Bugatti styling translates surprisingly well to an SUV – even the same wheels from the Chiron carry over without much fuss.

Out back is much of the same; a Bugatti-inspired singular light bar stretches from end to end, with the Bugatti logo located within the light fixture just underneath the rear window. A set of massive exhaust tips are located directly in the center of the diffuser.

If we had to hazard a guess, we’d imagine that this SUV would be plenty powerful if produced. Maybe Bugatti would take a page out of the Lamborghini handbook and utilize a smaller turbocharged engine to coax out all that horsepower. The interior should be pretty luxurious, too.