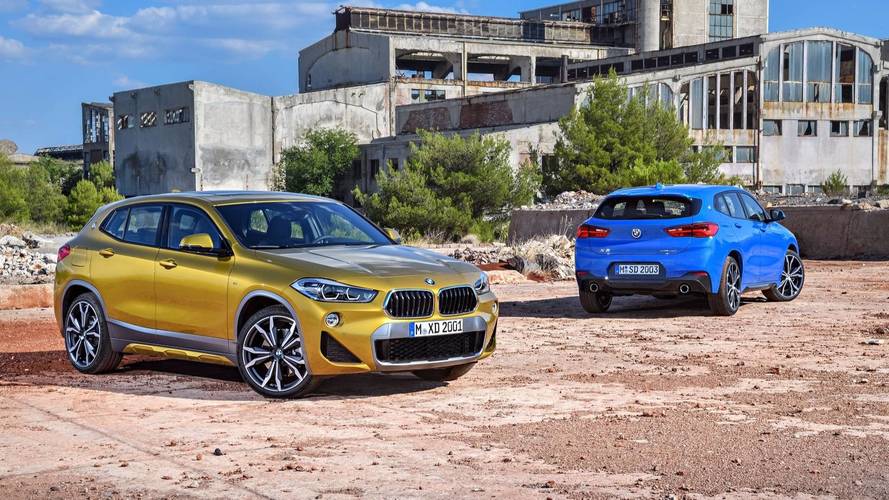 It should be about $2,000 less expensive than the all-wheel-drive model.

The BMW X2 hasn’t even hit showrooms yet, but already the small SUV is taking home accolades in the U.S. At the Detroit Auto Show, the X2 walked away with the EyesOn Design prize for the Best Production Vehicle category, judges calling it "an important new entry into the small SUV segment." And BMW would agree, that’s why the Bavarian automaker is planning even more variants in the U.S.

The all-wheel-drive X2 will come powered by a 2.0-liter turbocharged four-cylinder engine, producing 228 horsepower (170 kilowatts), and will have an asking price of $39,995 (including destination) when it goes on sale in just a few months. The front-wheel-drive model, meanwhile, may still come powered by the same 2.0-liter engine, but will cost about $2,000 less, said Kelly. The most expensive version of the X2 will set buyers back more than $54,000, including destination.

"It's a cool looking vehicle, we expect high conquest rates with it,” said Bernhard Kuhnt, CEO of BMW North America in an interview with Automotive News. "The reception from the dealers and focus groups of customers [have] made us very optimistic."

If it's horsepower you're after, rumor has it that an even more powerful version of the X2 could join the range with upwards of 300 hp (223 kW). The X2 would get an M Performance designation and could be dubbed the "X2 xDrive35i." We'll know all the details for sure when the X2 hits dealers in just a few months.