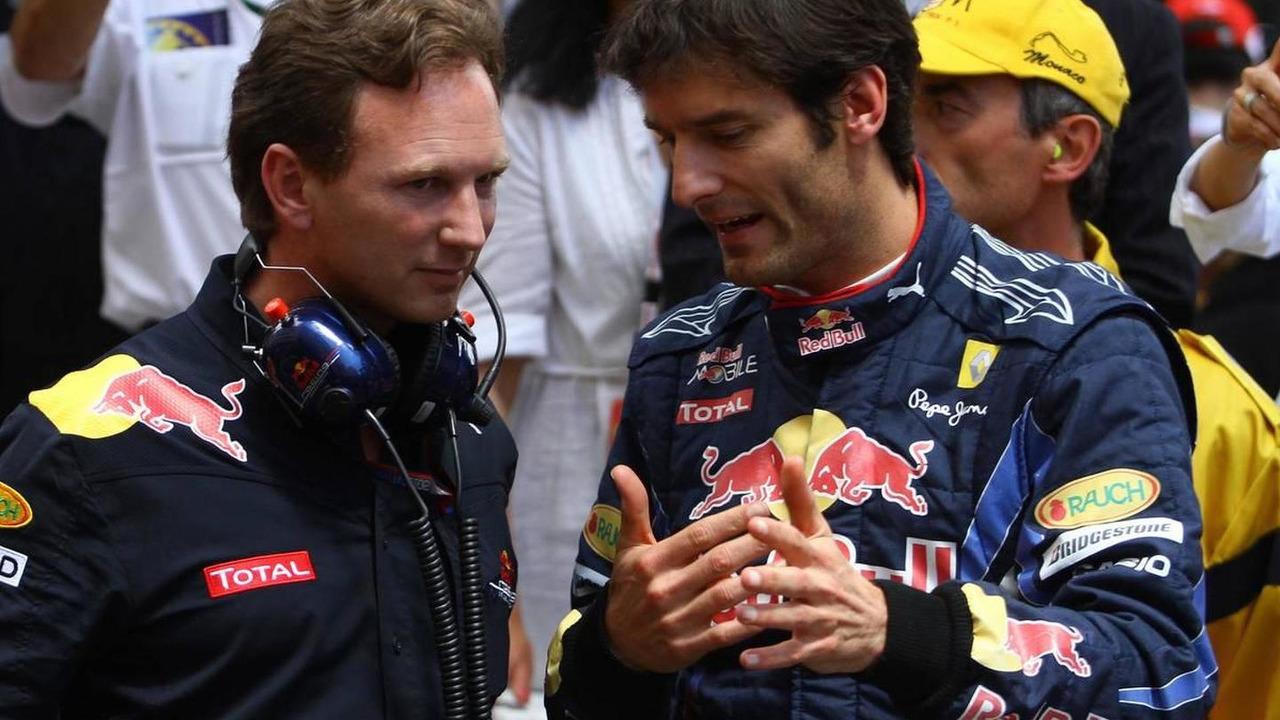 After reacting angrily to losing the newest specification wing to his teammate Sebastian Vettel before qualifying, the Australian declared on the radio after winning the race that it was "not bad for a number two driver".

Mark Webber has revealed that he and the Red Bull team have "cleared the air" in the wake of the Silverstone front wing saga.

After reacting angrily to losing the newest specification wing to his teammate Sebastian Vettel before qualifying, the Australian declared on the radio after winning the race that it was "not bad for a number two driver".

But in a written statement, the 33-year-old says he now accepts that Red Bull's reasons for the wing switch were sound.

And Webber said his obvious "disappointment" at the British grand prix was due to Vettel receiving the wing "for reasons which were not clearly explained" at the time.

"Obviously I can see why a team may at certain points have to favour a driver with more points in the championship, if there are only enough resources to fully support one of us," he said.

"We've already debriefed the race weekend at the factory and have cleared the air."

Webber said he acknowledged that some of his comments at Silverstone were "said in the heat of the moment which, with hindsight goggles on, probably shouldn't have been said".

"Formula one is a highly charged and fiercely competitive arena where emotions and adrenalin do run high from time to time like in many sports and my comment on the radio after the race was an example of Australian sarcasm either at its best or worst depending on how you choose to take it," he added.

And he insists that his relationship with team boss Christian Horner is intact.

"We're friends and have a strong mutual respect which continues and extends to other activities, such as our GP3 team and interest in finding and nurturing young racing talent," said Webber.

"The respect within the team extends to the drivers. I know I have a very good driver as a teammate and I wouldn't want it any other way.

"Seb and I are not enemies, we're just two drivers that are pushing hard and want to do the best for ourselves and the team, it's as simple as that."