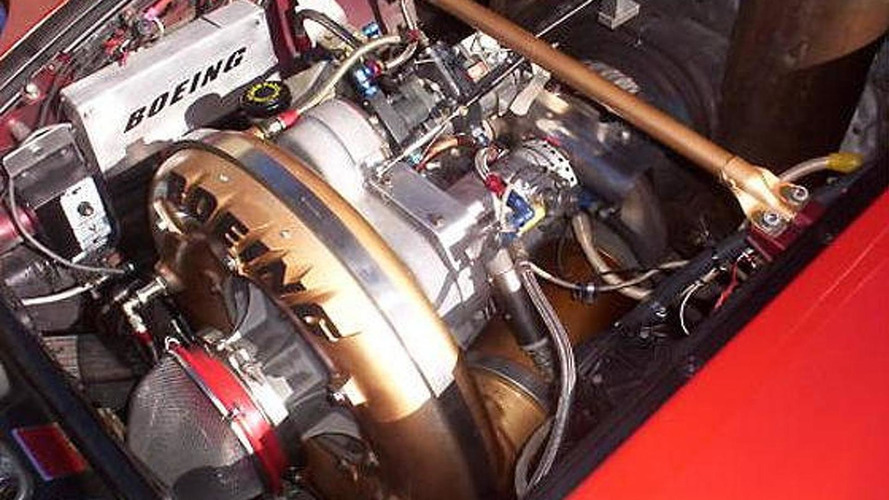 Jet engine produces flames up to 270 degrees Celsius and 130 decibels of noise.

A gentleman from Oregon has fitted a Boeing helicopter engine into a 1982 Porsche 928 and put it up for sale on eBay.

The jet turbine engine from a QH50 helicopter (Vietnam-age) is said to produce 350 bhp (272 kW) and up to 700 lb-ft (948 Nm) of torque, although the engine is rated at 550 bhp. Sounds like relatively mild supercar numbers until you realize that the jet engine has a flame-shooting exhaust with temperatures up to 270 degrees Celsius.

Doesn't that small factor create street-legal difficulties for this Porsche 928 Boeing T-50? If not, perhaps the 130 decibels of noise produced by the engine does.

The seller is promoting his creation saying, "At last, an air-cooled 928." It's also advertised as a "daily driver".