Audi Saved $133 Million In 2017 Thanks To Employees' Suggestions 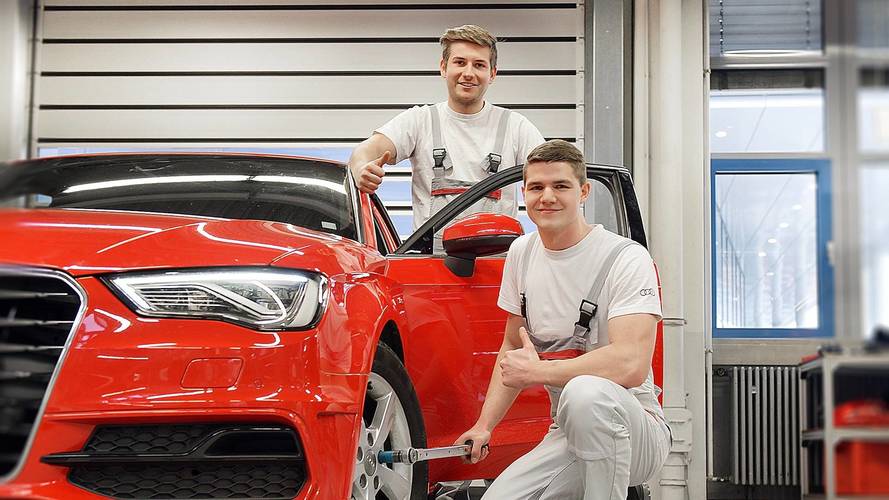 Even the smallest idea can save millions.

How far above and beyond would you go for your employer? Is saving the boss a dollar or two something you actively think about day-to-day? Employees at Audi certainly do, saving the automaker $133 million (€108.6 million) in 2017 at the company’s plants in Ingolstadt and Neckarsulm. That’s a lot of saved dollars.

“We always encourage our employees to look very closely at their own working area and to question the status quo,” says Joachim Kraege, Head of Organization and Consulting at Audi, “because the creativity and inventiveness of everyone at Audi are crucial success factors for us.”

For 50 years, Audi has had an employee suggestion scheme with the current Ideas Program existing in its current form since 1994. These are not wild ideas by any stretch. The smallest ideas can still save thousands of dollars. Implement enough tiny ideas, and a company can save millions. Sometimes, ideas are directly related to a job while others involve infrastructure.

“It is our workforce that makes the long‑term success of our brand possible," says Klaus Mittermaier, Chairman of the Group Works Council at Audi. "The Audi Ideas Program shows that very clearly. So it’s very important to us as members of the Works Council that our colleagues personally profit from their improvement suggestions.”

In engine development, two maintenance works noticed the ventilation system in their buildings were operating day and night. The two suggested running the ventilation systems during the week from 6 a.m. until 10 p.m. while reducing the fans’ speed when employees aren't present. This saved Audi approximately $122,000 a year (€100,000 each).

Many suggestions involve saving time. For example, two apprentices suggested marking torque-wrench sockets green and red to ease fitting of the sockets while reducing instances of misusing the tool. The other idea was a method discovered by three employees in quality assurance who had to measure car doors. They cut the time needed to adjust measuring instruments from 34 to 18 minutes, saving 200 working hours each year, which is time they can spend on other tasks.

Audi saved $40 million (€33 million) in its Győr and Brussels plants after implementing more than 10,100 employee suggestions in 2017. Audi isn’t just taking ideas. Employees whose suggestions the company implements received a financial reward, which is dependent on the amount of savings achieved.

Rewarding employees who work in the trenches for discovering money-saving techniques is a sure-fire way not only to reward those who can think outside the box but also save the company money. This sounds like a win-win situation for all parties involved.