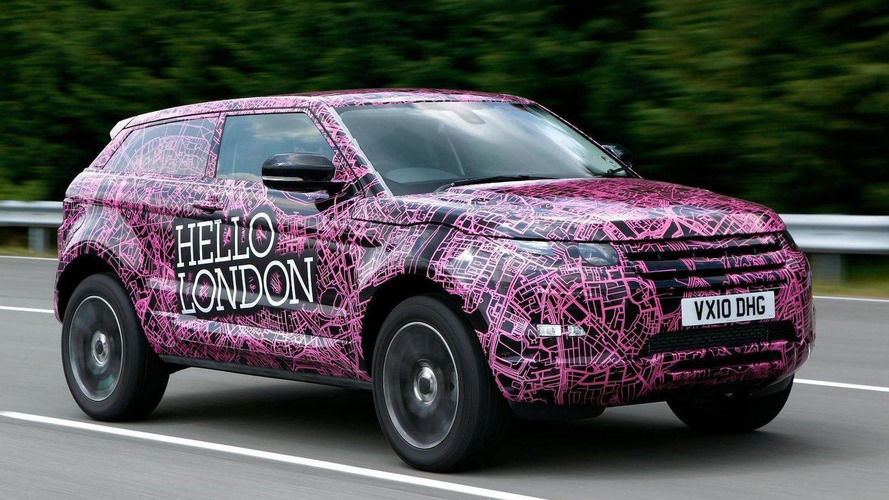 Evoque will make its debut at the Paris motor show this fall. The Evoque is a compact SUV that will be Land Rover's first two-wheel drive vehicle. An all-wheel drive variant will be offered only as an option.

Here is some video footage of the Range Rover Evoque doing some final-stage testing before hitting the glossy pavement at Land Rover dealerships.

We've already seen what the Evoque will look like in a previous introduction at an event in London a couple of weeks back, so to see this compact Range Rover mucking about still dressed in camo may be a little anti-climactic. Still, this is some of the best video around with which to visually judge its dexterity on the road and track.

The Evoque is a compact SUV based on the LRX Concept. Although drivetrain details have yet to be officially announced, the Evoque is said to come with a 2.2 liter diesel in the base model, followed by a 3.2 liter inline six-cylinder petrol/gasoline and perhaps also include a 2.0 liter diesel hybrid variant.

The Evoque will come standard only as a two-wheel drive, though - unique for a Land Rover. An all-wheel drive system will be offered as an option.

The Range Rover Evoque is set to make its debut at the Paris motor show this October.