Webber should have kept grievance inside team - Vettel 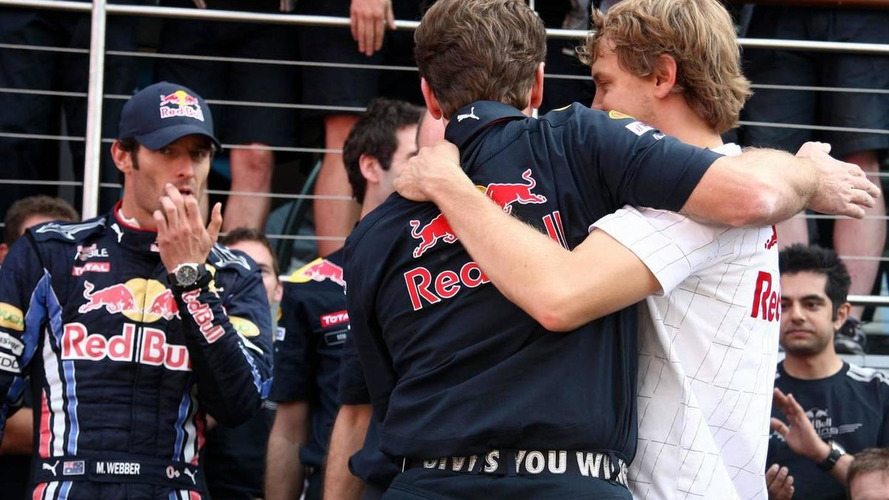 Although the controversial recipient of Webber's front wing in Britain, and accused of being favoured by his Red Bull bosses, the 23-year-old German's voice has been the quietest throughout the latest saga.

Sebastian Vettel reportedly believes his teammate Mark Webber should have kept a lid on his unhappiness at Silverstone last weekend.

Although the controversial recipient of Webber's front wing in Britain, and accused of being favoured by his Red Bull bosses, the 23-year-old German's voice has been the quietest throughout the latest saga.

At Silverstone he hinted that Australian Webber had shown his "true face", adding: "The most important thing is the atmosphere within the team. We have a really strong car and the only thing that can stop us is ourselves."

The implication is that Webber should have saved his grievances about the front wing so that it could be handled internally.

Germany's Bild newspaper now quotes him as saying: "I'm brought up to show respect for one another."

Referring to the wing saga, he added: "Such things do not belong in the public, they should be handled internally by the team."

Former driver David Coulthard, still a consultant for the energy drink owned team, agrees that Red Bull would have preferred if the matter had not gone public.

"Red Bull would doubtless prefer it if Mark aired his grievances in private," he wrote in his Telegraph column.

Nick Fry, chief executive of the Mercedes team, warns that Red Bull must quickly make clear to its drivers that they are not in charge.

"Drivers are a vital part of the team but they're not the team and that needs to be clear," he is quoted by the Sun newspaper.

"As soon as the lunatics start running the asylum you have big problems," he added.