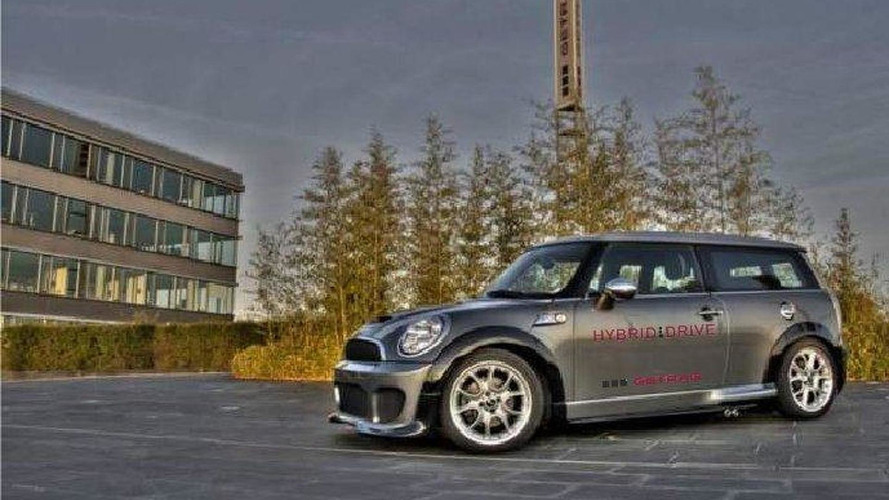 Our bad: what was that MINI Clubman S Hybrid we reported on last week? Find out inside.

It is not often we get a story wrong, but when we do we admit it, sometimes.  According to a colleague in Germany, our "spy photos" of the MINI Clubman S Hybrid prototype we told you about last week, actually featured a demonstration unit built by Getrag.

The Getrag model debuted at the Frankfurt Motor Show last year.  It was meant to showcase the PowerShift dry dual clutch transmission fuel efficiency, and its ability to work as an integral part in a hybrid powertrain.

It also explored the theoritical, with engineers installing the firm's Boosted Range Extender electric drivetrain.  The system featured an electric motor that is used most frequently, with an internal combustion engine to recharge the battery.

Range of the Getrag Clubman S Hybrid was listed at 600 kilometers (373 miles), with the capability of hitting 160 km/h (99 mph).  With a small battery pack, the car kicked out a scant 45 grams of CO2 per kilometer.

We regret our bad "intel", and will follow up on both the Getrag vehicle and any future MINI prototypes.