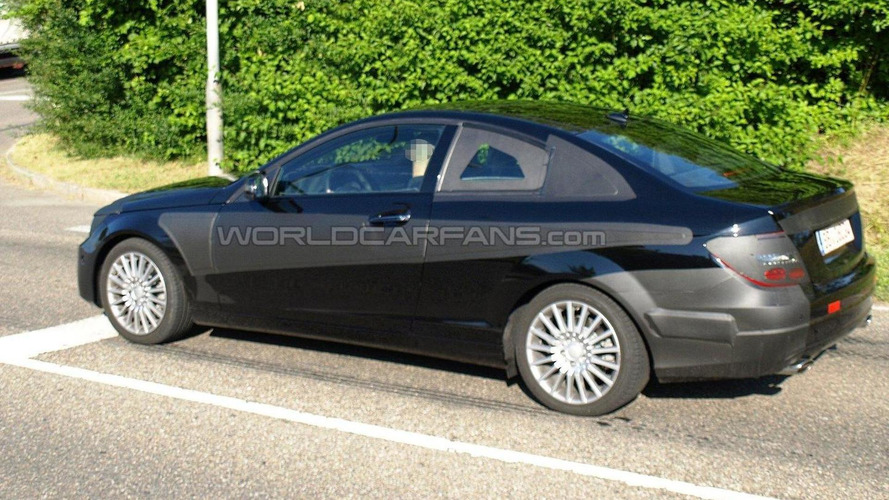 What do the first spy photos of the new C-Class coupe show? Get the details inside.

The first spy photos of the Mercedes-Benz C-Class Coupe have been captured in Europe.  The car will replace the CLK in the Mercedes lineup beginning next year.

As we told you in April, the C-Class Coupe will be produced in Bremen, Germany, along with the other three C-Class models.  The expanding factory will also be responsible for the GLK sport utility vehicle, in addition to the E-Class, SL and SLK, which are already produced at the facility.

The spied car shows signs of our earlier prediction that the coupe would look more like other C-Class vehicles, instead of the CLK.  Its market release will likely coincide with new sales of the four- and five-door facelifted C-Class models.

However, don't expect the coupe to be on the market for too long.  All C-Class models are expected to be completely redesigned into a fourth generation, set for debut in 2014.