Can You Spot The Hidden Bigfoot In These 2019 Ford Ranger Images? 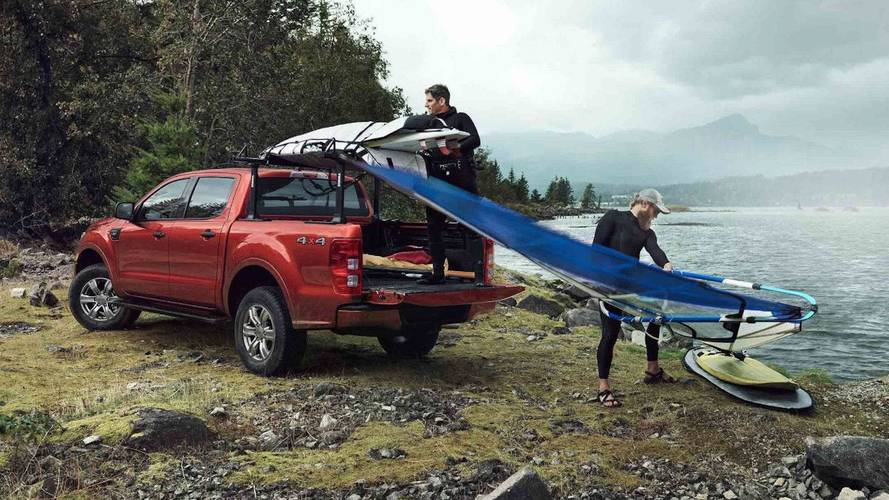 The Loch Ness Monster is hiding in there, too.

After an eight-year hiatus, Ford has finally revived the Ranger nameplate for the U.S. The pickup truck's return to America was highlighted by a handful of teasers, leading up to one massive debut in Detroit before the Ranger goes on sale just a few months. But as Ford continues to roll out the welcome mat for its beloved new pickup, the dedicated Ranger page on the Ford website has a few unique Easter eggs to note.

If you look closely in the background of two of the Ford Ranger images on the Ford website, you’ll see that hiding amongst the foliage and seascape are two of the most well-known creatures from modern folklore: Bigfoot and the Loch Ness Monster (aka Nessie). North American Product Communications Manager at Ford, Mike Levine, first pointed out the images on his Twitter account, which you can see upon further inspection.

For obvious reasons, Bigfoot and Nessie are both hard to see within the images. If you can't find the hidden creatures right away, use the slider feature below and fully drag to the left and right of the images to reveal Bigfoot and Nessie with a red circle around them:

It’s a fun addition, that’s for sure – but it’s not the first time that Ford has hidden something in the background of its press photos. Back in February, the Blue Oval released a new set of images for its 2018 Ford Mustang facelift, with one of them showing what appeared to be a hidden Boss 302. Naturally, the internet was hot with speculation, but so far, we haven't seen the rumored Boss 302 come to fruition.

As for the new Ranger, the pickup can be had in a number of different trims, including  XL, XLT, and Lariat, all paired to a standard 2.3-liter inline-four engine engine a ten-speed automatic transmission. Power figures remain a mystery, but that same engine produces 310 horsepower (231 kilowatts) and 350 pound-feet (474 Newton-meters) of torque in the 2018 Mustang.

Production of the 2019 Ranger is set to begin in Michigan "late this year," so it will still be several months before we know all the info on this exciting new truck. In the meantime, buyers will have to make do with rivals like the Toyota Tacoma, Honda Ridgeline, and others.