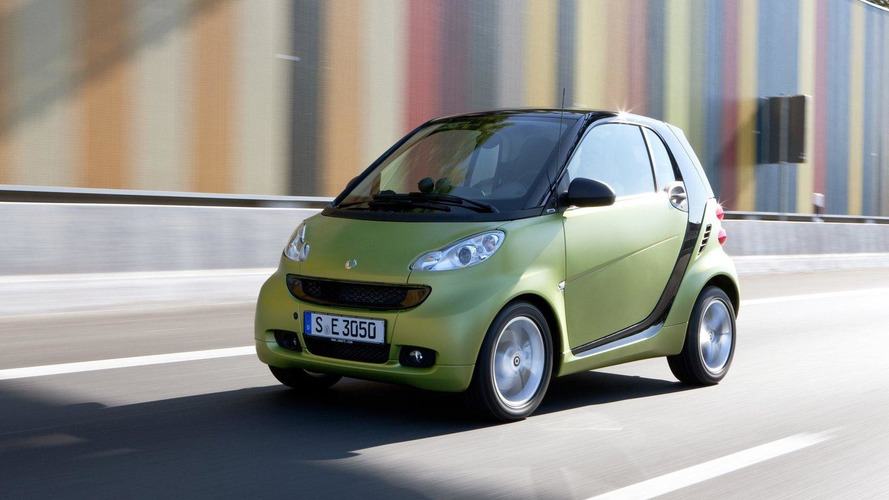 Will Smart put a two-wheeler on the streets? It may be sooner than you think. Find out the details inside.

Daimler-owned Smart will unveil a new two-wheel plug-in scooter at the Paris Motor Show in October, according to Autocar.  Citing sources close to the automaker, the magazine says the scooter will be part of a long term plan to diversify the underperforming brand.

The electric scooter will join the recently facelifted Smart ForTwo, and the upcoming new 2013 ForFour.  With a rear-mounted engine sending power to the rear wheels, the new ForFour will be the second step in gaining customers uninterested in the ForTwo.

"Smart was originally established to tackle the need for improved mobility, especially in congested city environments," a Daimler manager told Autocar.  "Up to now we have concentrated our efforts on four-wheel solutions. The next stage is to looking at how to expand beyond this with other environmentally friendly vehicles.”

If the Smart scooter (the TwoToo, perhaps) hits the market, it could potentially be assembled in several factories worldwide, including China, India and Thailand.  It is unclear if the Smart scooter is tied to a Mercedes-Benz deal with energy firm ENBW to put 500 electric scooters on the streets of Stuttgart this year to spur development of an infrastructure for electric vehicles.